South Africa’s Lloyd Harris has continued his strong run of form in Australia by winning through to the quarter-finals of the ATP 250 event in Adelaide.

Next up for the South African is Spain’s Pablo Carreno Busta, the world No30 who beat Jeremy Chardy 6-3, 6-2. Harris entered the event ranked 99th in the ATP rankings, but improved to 91st when the rankings were updated on Monday. He reached a career high position of 82 in July last year.

Harris made great strides last year by qualifying for the main draws of all four Grand Slam events. He also won his first Grand Slam match at the French Open when he defeated Czech qualifier Lukas Rosol 6-1, 4-6, 2-6, 6-1, 6-2 in a five-set classic at Roland Garros.

Meanwhile, still in Australia, but in Melbourne, where the Australian Open is coming up, organisers imposed a three-hour delay to the start of qualifying matches on Wednesday because of the ‘very poor’ air quality from ongoing bushfires in the country.

It is the second successive day the start of play was delayed because of the conditions in Melbourne.On Tuesday, Slovenia’s Dalila Jakupovic had to be helped off the court after retiring from her match. Air quality in the city did improve overnight but is still ‘unhealthy’. 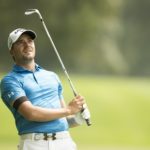