South Africa has competitors in action across three different codes on Saturday (20 August). Here is a list of those in action and their times (SA times in brackets).

GOLF
8.06 (1.06pm) and 8.22am (1.22pm), Women’s individual competition, Ashleigh Simon and Paulo Reto
What to expect: Reto started the day at four under par and Simon at eight under par. The course has received excellent reviews from players and the greens have allowed for some superb putting. Reto, especially, is still in contention on the final day of play.

ATHLETICS
9.15 (2.15), Women’s 800m final, Caster Semenya
What to expect: If ever there were a banker for a South African medal this is it. The powerful South African has dominated the two-lapper this year and it would be a bigger surprise should she fail to medal than if she won. Expect her to hand Team South Africa their 10th medal of the Games and don’t expect it to be bronze or silver!
9.30 (2.30), Men’s 5000m final, Elroy Gelant
What to expect:  Gelant has done well to make the final here. He knows it will be a mountain to climb to medal against a packed field but if can make the top 10 he can hold his head high.

TRIATHLON
11am (4pm), Women’s event, Mari Rabie and Gill Sanders
What to expect: Both are competing in their second Olympics. Rabie had a nightmare debut eight years ago after a mechanical on the bike while London based Sanders had a solid showing four years ago on ‘home turf’. Both will like this ‘honest’ course which has something for everyone on the Copacabana course. Hopes? Rabie’s resurgence after heart problems two years ago has been been phenomenal and she must certainly be favoured for a top 10 spot and Sanders loves this course and shouldn’t be far off that either. 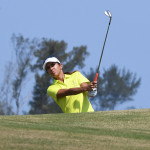 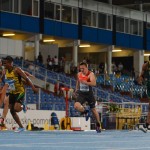 Leotlela warms up for Olympics with a silver medal in Poland

Tokyo looms, again, We don’t know for sure in what shape of form the Olympics and Paralympics will take place in July to September and if anything 2020 taught us to take nothing for granted. What we do know is that if Tokyo 2020 +1 does go ahead, it will do so against a new-found back drop where simply taking… END_OF_DOCUMENT_TOKEN_TO_BE_REPLACED