South Africa’s Olympic men’s footballers will have to beat Iraq in their last Group A game at Sao Paulo’s Corinthians Stadium on Wednesday night (kickoff 3am SA time) if they are to entertain any hopes of progressing to the Saturday’s quarter finals.
Depending on what happens in the other group game between a struggling Brazil and group leaders Denmark, a draw may be good enough for Iraq to prolong their stay in the competition.
South Africa have been hit by the withdrawal of Kaizer Chiefs defender Erick Mathoho who sustained an injury in Saturday’s defeat against Denmark while France-based striker Lebogang Mothiba has been with withdrawn because of a potential case of chicken pox.
Mothobi Mvala, who was red-carded in the opening game against Brazil has served his one-match ban and is expected return to the defensive midfield position.
With a win being non-negotiable, and possibly by at least a two-goal margin to avoid joining Banyana Banyana on the plane home, Owen da Gama’s side will have no option but to adopt an attacking approach to breach an Iraq defence that has kept clean sheets in their opening two games.
Amid horrendous politically-related carnage in their country the junior Lions of Mesopotamia have won many admirers with well-organised and determined displays against their more fancied opponents.
South Africa have played neat, short-passing football at times but a frustrating inability to convert their chances sees them scoreless after 180 minutes of football in danger of  joining the Class of 2000 who exited the Olympics at the group stage.
Captain Keagan Dolly has been the team’s standout player but he will need greater support from the likes of Deolin Mekoa, Aubrey Modiba and Gift Motupa if they are to breach the well-organised Iraq defence.
In the absence of Mothiba, Da Gama may well give Brazil-based striker Tyroane Sandows his first game of the tournament while Ajax Cape Town forward Tashreeq Morris is also in line for a start.
Iraq showed enough against Brazil to suggest they are a dangerous side with forwards Ali Adnan of Udinese and Sherko Kareem of Switzerland’s Grasshoppers together with Turkish-based midfielder Dhurgham Ismael being their key players.
While South Africa may think of launching an all-out offensive in search of goals, they will be well-advised to be wary of the opposition’s danger on the counter attack. 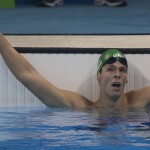