When the field set off for the start of the KZN Mixed Doubles champs on the uMzimkhulu River on Sunday there were a few raised eyebrows, as triple N3TC Drak Challenge champion, Len Jenkins arrived at the start venue of Swartberg Road bridge.

The Durban-based racer had completed the 26-kilometre trip through the fabled Valley of a Thousand Rapids that makes up the first stage of the two day race on 21-22 February, and arrived beaming from ear to ear as the racers were preparing for their outing.

As his followers have been accustomed to, the enigmatic Jenkins was typically laid-back and non-committal.

‘I was hiking in the Berg with my girlfriend, and happened to have my K1 with me.   ’When I saw that there was water in the river after the storm the night before, I just decide to trip the top section, which was great fun,’ he said.

With an array of elite racers set to contest the 2017 N3TC Drak title, the possibility of Jenkins joining the fray adds distinct spice to what is always a very competitive race.

Jenkins surfaced at the recent Parklane SuperSpar Ozzie Gladwin race last month where he raced to a competitive eighth place. ‘That was probably my only paddle that month,’ chuckled Jenkins.

Jenkins’ tripping the key top section of the river will grab the attention of the top paddlers, who all know and understand what he brings to any race that he enters.

He is a dogged competitor, not afraid to take extreme risks to assert himself at the front of the race. He is a strong technical paddler which, combined with brushing up his knowledge of the lines on the upper uMzimkhulu at a medium/low level, will make him a force to be reckoned with on race day.

Last year Jenkins slipped unobtrusively into A batch, finished third after the first stage, and went on to finish second overall, despite protestations that he was grossly under trained.

Since winning almost every major title on the domestic calendar as a youngster, Jenkins now opts to train away from the limelight and is seldom seen at minor races and time trials.

Those close to him will account for the fact that he is still in good shape.

Last season he came blasting back into the limelight as a partner to Siseko Ntondini, racing onto the podium at the Hansa Fish Marathon, signalling that he is still a serious contender on the water, even if he opts to ‘fly under the radar’.

Pushed to commit to entering and challenging for a fourth N3TC Drak title, Jenkins is typically evasive.  ’Yah, we’ll see if there is water for the race. Maybe,’ he adds, every edge of mystery serving to deepen the enigmatic halo that surrounds the talented paddler. 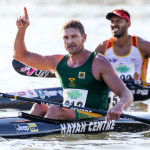 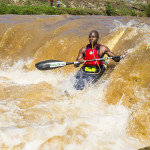 Khwela doubles up to give hope to his Dusi dreams

SA paddlers make their mark around the globe

Tokyo looms, again, We don’t know for sure in what shape of form the Olympics and Paralympics will take place in July to September and if anything 2020 taught us to take nothing for granted. What we do know is that if Tokyo 2020 +1 does go ahead, it will do so against a new-found back drop where simply taking… END_OF_DOCUMENT_TOKEN_TO_BE_REPLACED