A great weekend of athletics for South Africa was highlighted by Anaso Jobodwana’s national 200-metre record in the Caribbean.
Jobodwana, a 200m Olympic finalist three years ago, blitzed a winning time of 20.06 victory at the Cayman Invitational meeting on the Cayman Islands.
That clipped 0.05sec off Morne Nagel’s 20.11 SA record set in Germiston 13 years ago. ‘It was a fast track and a great competition, so I’m not really surprised,’ said a delighted Jobodwana. The US-based athlete confirmed he would compete again at the Prefontaine Classic, a Diamond League meeting in Eugene, Oregon at the end of the month,’ I think I can go faster,’ he told allathletics website.
And Nagel was one of the first people to applaud his mark being bettered. ‘It’s well deserved by Anaso. He worked hard and came close on a few occasions previously,’ he told Road to Rio 2016.
‘He’s a good guy so I’m glad for him.’
Asked about how fast the Eastern Cape speedster can go, Nagel said: ‘He can definitely go sub 20sec. I would say probably about 19.90.
‘He has a smooth running style and used the track well. In my opinion he may be lacking a bit of power but saying that you have to be careful not to give him too much power as he is not a power runner.
‘It will certainly help him around the end and at the start where my strong point was.’
There was another national record away from South African soil when South Western District thrower Annemie Smith hurled the hammer 60.99m at the Big Ten Championships in Michigan, US.
Studying medicine at the University of Iowa, her mark earned her bronze and beat Elmarie Knoetzen’s 13-year-old mark of 59.37m.
In the second IAAF Diamond League meeting of the year in Shanghai, China Sunette Viljoen ended second in the javelin with a mark of 63.60m as home town girl Huihui Lu won with 64.08. At the same meeting Commonwealth Games triple jump champion Khotso Mokoena ended fifth in the long jump with a respectable 8.11, good enough to qualify for World Championships in Beijing later this year. Also in the field events there was a 60.01m 10th spot in the shot put for Victor Hogan.
Next stop on the Diamond League circuit is the Prefontaine meeting in Eugene, Oregon on 30-31 May.
In Friday’s first leg LJ van Zyl had a disappointing outing in the 400m hurdles, going on to finish in sixth in 49.48sec. Still, he has already qualified for Beijing and it’s early days in a  long season.
‘I lost focus and concentration over the last 50m,’ Van Zyl told Road to Rio 2016. ‘Otherwise it was all good and on pace for a nice 48sec run. But give me chance. The season is long and I’ll be right for Beijing.
‘The plan is that for the next three weeks I’ll do nice base training again. My shape is good and I must just get back into training.’ 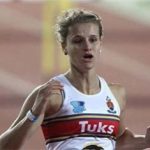 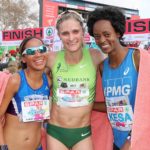