As expected, Kevin Anderson came through his opening round match without any hiccups at the Delray Beach International tournament in California on Tuesday, writes Mark Etheridge.

He won the first set 6-1 but Krajiceck fought back in the second set before Anderson went through 6-4 in a match lasting an hour and 26 minutes out on Court Two.

Seeded seventh for the $442,000 tournament, Anderson next comes up against Belgium’s Xavier Malisse.

Malisse is currently ranked 66th, 30 spots lower than Anderson and Anderson has won their only clash in the highest level of the game, a straight sets win at last year’s ATP World Tour Masters 1000 tournament in Cincinnati.

Anderson out of US Open 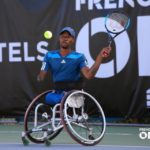