The two faced the media at Team SA’s official hotel in the city centre on Wednesday.

Mokoena, South Africa’s only medallist at the last Games, spoke of his performance at Monaco last week where he failed to inspire with a a 7.75m eighth spot.

“I’d prefer to focus on the future,” he grinned, “but to be honest Monaco is not the best for long jumpers. It’s a very flat track.

“So I just put it down as a good training session.”

And Van Zyl, 2011 World Championships 400-metre hurdles bronze medallist, says his injury worries are a thing of the past.

“The team doctor came out to our holding camp this week and has given me the all-clear,” said a relieved Van Zyl.

“I’m glad we’re in a training camp before we move into the village with all its distractions. At the camp we can train flat out and then rest and recover and focus… so its perfect.

“It’s also great that the 4×400-metres team have been able to hold a few relay sessions which is vital and it will be great when Oscar [Pistorius] joins the team later this week for some more sessions.” 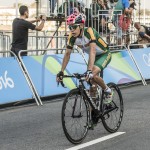 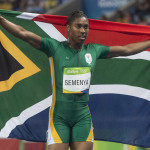 Semenya scorches to Team SA’s 10th medal of the Games 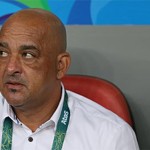 Da Gama urges players to step up their game