Cricket World Cup-winning coach and former Proteas opening batsman Gary Kirsten says coaches should place a high priority on ensuring that cricketers trying to prepare for the upcoming season disrupted by the coronavirus lockdown remain positive and in a good space mentally.
A pre-season of hard work both physically and technically is important to set players up for the season, however with the uncertainty of the current situation it is difficult for them to gauge what needs to be done.

Kirsten believes that it is crucial that coaches make sure they are looking after their players through this period.

‘It is an ongoing process and during this period players could be lonely as they don’t connect much with other people. It’s important to create interventions to help them upskill and allow them to improve self-awareness.’”

For a World Cup-winning coach the opportunity and the drive to improve continues and Kirsten has been diving into processes that can make him a better coach, mentor and person throughout the nationwide lockdown.

‘I think have spent the last three months working harder than I ever have. While no one can do anything physically it is a great chance to invest in your growth as a coach.

‘Everything is online and with the CoachED product that we have developed it’s the perfect opportunity for aspiring coaches to better themselves and invest in their careers. If you are missing the chance to upskill yourself and grow as an individual as well as adding value to your players’ lives then this is a missed opportunity.’

Given the current lack of direction in terms of a return to play for local cricketers, if the pre-season is only a few weeks Kirsten doesn’t see that as being a problem.

‘I don’t think it will take players long to be ready to play again,’ he added. ‘The top players have done their hours already so preparation for the new season won’t take that long. The players will get into it fairly quickly and they will be well rested. We often underestimate the value of rest, so this break will be a great refresher for players physically more than anything else.’

Bad day for SA in India 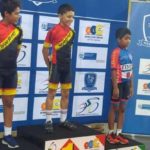 Old and young tear up the track at nationals