South Africa’s top ranked junior Christo Lamprecht continued an excellent start to the season as he soared to the first round lead in the Nomads SA Boys U-19 Stroke Play Qualifier on Monday.

The reigning Sanlam SA Amateur champion eagled the par-5 eighth at Langebaan Golf and Sports Club and holed a 35-foot putt for eagle at the final hole to sign off with a stylish six-under-par 66.

The 16-year-old Southern Cape golfer leads by one from Wilco Nienaber from Free State, who found similar joy with the putter on his back nine and he finished two shots clear of Jayden Schaper from Ekurhuleni and fellow Pinnacle Point golfer Martin Vorster.

Nienaber is a former Nomads SA Boys U-15 and U-17 champion, and already a three-time winner this season with victories in the Curro SA Juniors International, the Nomads National Order of Merit Inland and the Northern Cape Open.

He signalled his intentions to go three-for-three when he emerged ahead of the morning field.

A flawless front nine with two birdies took him to the turn at two under, and he dipped to three under with a birdie at the first, but a double bogeyed followed at the par-4 second. The Bloemfontein junior retaliated with a pair of birdies at four and five and closed with back-to-back birdies.

Lamprecht, playing in the afternoon field, answered with birdies at four and six and he hit a hybrid off the deck at eight to leave himself a 15-foot putt for his first eagle.

After countering a bogey at 11 with a birdie at 12, he parred his way to the par-5 closing hole, where he aimed to take advantage of his distance with a strategic tee shot.

‘Because of the water on the left, the strategy is to play the right side of the fairway,’ Lamprecht said. ‘My tactic at 18 is to hit my tee shot to the ninth fairway and attack the pin from there, but it nearly went south. I pulled my drive a bit and finished in the rough. I still had sight of the pin and I gave that second shot everything I had.

‘It came out okay and I got it on the green. I had 35 feet to the pin and the ball dropped. I hit the ball well all day, but I did leave a few out there on the back nine. But I’m pleased with the round. The goal was to get myself in contention and I’ve done that.’

Reigning Nomads SA Boys U-15 Championship winner Vorster mixed birdies at one, five, eight, 12 and 18 with a drop at the par-3 third, while Schaper – who celebrated South Africa’s 19th consecutive victory in the All-Africa Junior Golf Championship in Zimbabwe on Friday – used the form gained at Royal Harare Golf Club and also offset a lone bogey with five birdies for his 68.

Lamprecht and Schaper’s team-mates, Luca Filippi and SA number one Garrick Higgo, have some work to do, though. Filippi is joint 31st after a one over 73 and Higgo joined the 10-man bus tied for 12th at one under. 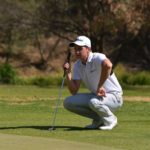 Buitendag winds it up in the wind to lead by five 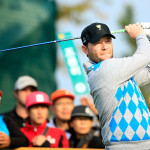 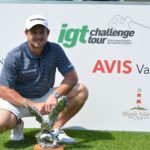 Bremner wins at Waterkloof in warm-up for Zimbabwe

Tokyo looms, again, We don’t know for sure in what shape of form the Olympics and Paralympics will take place in July to September and if anything 2020 taught us to take nothing for granted. What we do know is that if Tokyo 2020 +1 does go ahead, it will do so against a new-found back drop where simply taking… END_OF_DOCUMENT_TOKEN_TO_BE_REPLACED