KwaZulu-Natal’s Clayton Mansfield has shifted his sights to the Western Province Amateur this week, after bagging his first provincial title in wire-to-wire style at Stellenbosch Golf Club last week.

‘You gain a different kind of confidence with that first big win,’ said the 22-year-old from Durban Country Club, after he closed out a five-stroke victory in the Boland Amateur Open with a winning total of 14-under-par 202.

‘Ever since I won the Midlands Open early in the season, I felt that I was edging closer to a breakthrough on the national circuit. Finishing fifth in the Gauteng North Open confirmed it for me, and when I shot 65 in the final round at Sun City to lose the North West Open by one shot to Kyle (McClatchie) last month, I really felt it was possible.

‘Shooting 63 in the first round in Stellenbosch definitely set me up for the win. It was the first time I shot 29 over nine holes, but I didn’t collapse. I kept it going and picked up three more birdies down the back nine and I never dropped a shot.’

Buoyed by his flawless performance in the opening round, Mansfield retained the lead after a second round 67. Once the first birdie dropped at the second hole in the final round, the writing was on the wall. Mansfield offset a pair of bogeys with further birdies at sight, 15 and 17, and capped a successful trip down South with a final round 70.

A second year B.Com Marketing student at Varsity College, Mansfield often wondered last season if taking time out to compete on the national circuit was worth it.

‘It’s a fantastic feeling to get the monkey off my back, and to know the sacrifices are paying off,’ he said. ‘I’m really psyched to start the Western Province Amateur today. I gained confidence with the win, but I also gained great calmness. I knew I could shoot low. I knew I could recover from a bad spell. But now I know I can do both and I can win, too. Winning changes your mindset.’

Mansfield had his first look at Westlake in Sunday’s practice round.

‘The three rounds at Stellenbosch will serve me well this week, because Westlake is a proper Parklands course,’ he said. ‘The fairways are flanked with a lot of trees, so accuracy off the tee and positioning will be at a premium. The course is in absolutely fabulous condition and the greens are a dream. They roll really nicely and they are running at a good pace.

‘I would love to pull off the double. The Western Province Amateur is one of the oldest and most prestigious provincial Opens and it would be amazing to win back-to-back, but if I can walk away with another top five this week, it would be just as satisfying.’

Pera took second in the Boland Amateur Open at nine under, Saulez finished third at eight under and Bezuidenhout and Nel tied for fourth on 209.

MJ Steyn from Stellenbosch Golf Club delighted the home crowds with a superb final round five-under-par 67, to tie for sixth alongside Marco Steyn from Central Gauteng, Cliffie Thompson from Gauteng North and Western Province’s Gerlou Roux.

Picture of Mansfield courtesy of BGU 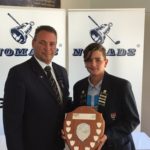 Another Nomads title for young Jarvis 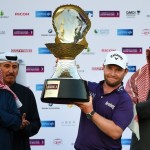 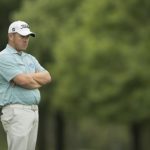 Coetzee hangs in for share of the Pro-Am lead

Tokyo looms, again, We don’t know for sure in what shape of form the Olympics and Paralympics will take place in July to September and if anything 2020 taught us to take nothing for granted. What we do know is that if Tokyo 2020 +1 does go ahead, it will do so against a new-found back drop where simply taking… END_OF_DOCUMENT_TOKEN_TO_BE_REPLACED