Malcolm Mitchell and Garrick Higgo combined for a fantastic nine under par in the opening round of the All Africa Golf Team Championships to get South Africa’s title defence of to a fast start in Zimbabwe on Tuesday.

A total of 15 nations started the prestigious biennial event at the Victoria Falls.

Coming off his third successive Ekurhuleni Open victory, Mitchell from KwaZulu-Natal was in blistering form and led the team with a superb five-under-par 67 at the Elephant Hills Golf Club.

Junior Presidents Cup standout Higgo from Boland was equally impressive with a four under 68 and Matt Saulez from KwaZulu-Natal added 76 to boost to the defending champions to the top of the pile at five under 211.

South Africa will carry an eight stroke lead over Egypt into the second round. Reunion finished in third on 222 and Kenya finished two further strokes adrift. The host nation combined for 225 to finish in fifth.

Mitchell leads the Individual Competition by one shot from Higgo.

Alexandre Lasalarie from Reunion in third on three under 69, while Alfred Nandwa from Kenya and Egyptian Issa Abu Al Ela also broke par with a pair of 71s. 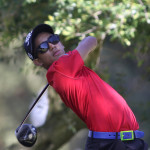 Stevens three off the pace at World Juniors 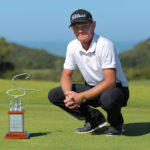 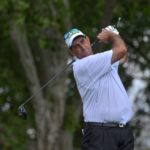