London Olympian Stephen Mokoka equalled his finishing position of two years ago when he raced to eighth spot at the IAAF World Half-Marathon Championships in Kavarna, Bulgaria on Saturday, writes Mark Etheridge.

Their collective time saw them end in seventh spot overall with time of 3:13:09 as Kenya was first of 13 men’s teams in 3:03:52. In 1998 and 1999 Hendrik Ramaala spearheaded Team South Africa to victory in the team category.

In the women’s race run earlier, Mokoka’s fellow Olympian, Rene Kalmer finished 16th in 73:16. She was followed home by Nolene Conrad in 77:51 and the younger Kalmer sister, Christine was 46th in 79:40. 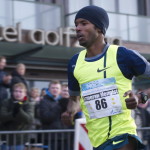 Ethiopian speedsters to take on SA’s finest in Cape Town 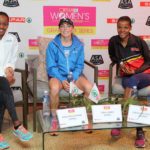 Jobodwana bolts his way into the Olympic 200m final

By GARY LEMKE in Tokyo On the third day of staying in the Paralympic village bubble “it” finally dawned on me. “It” wasn’t the sheer visual aspect of the 4 000-plus Paralympians with disabilities all in the same environment of towering 17-storey apartments and surrounded by a 4km perimeter fence. Admittedly, that is the initial and most common conclusion of… END_OF_DOCUMENT_TOKEN_TO_BE_REPLACED