South Africa’s Commonwealth gold medallist Zack Piontek is on track to ensuring that judo will be represented on Team South Africa at next year’s Olympic Games in Rio de Janeiro.
After being crowned continental champion in the -90kg division in Mauritius a few weeks back, Piontek headed east to gain more experience.
He took part in the Judo Grand-Slam event in Tokyo, Japan where he won one fight and lost his next. More importantly he picked up more Olympic ranking points and is now ranked 23rd on the international Olympic rankings.
‘I was drawn in Pool D had a bye in the first round,’ Piontek told Road to Rio 2016 before he travelled back to South Africa. ‘My first fight was against Jae-Yun Kim from Korea. He was ranked 55th going into the tournament.
‘Then I lost my second fight to Noel T End of the Netherlands and he was ranked third in the world.
‘The good thing thing is that I earned another 60 points and I’ve already got 500 raking points which count towards the Olympics so things are looking good. I stayed on in Japan for some more training before coming back home.
Also in action at the same tournament was -66kg combatant Siyabulela Mabulu. The Eastern Cape based athlete was knocked out at the top 32 stage. He beat Indonesia’s Moohammad Syaiful Raharajo in his first fight via ippon and then lost to Ukraine’s Georgii Zantaraia after picking up four shido penalties.
Mabulu currently slots in at 75th in the -66kg Olympic rankings list. 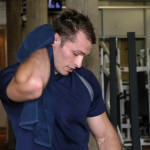 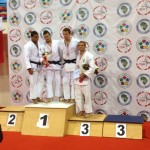 Piontek snatches first rankings points on his road to Rio