Cape Town based but currently training in the States, Murray ended second to Spain’s Mario Mola in the Clermont event.

The competition was held at the Florida lakes and featured many of the top US triathletes as well as internationals.

Now training under Canadian Joel Filliol, Murray is part of a training camp ahead of the San Diego World series next month.

Murray’s victory charge wasn’t helped by the fact that he was hit with a 10-second time penalty after he failed to put his swimming cap into the box at the first transition. Mola clocked 53min 56sec for the 750-metre swim, 20km cycle and 5km run and Murray was 12 seconds off the pace.

Not even a fine run leg of 15min 06sec for the 5km was enough to give the South African victory. Next up will be the San Diego event, followed by the Yokohama race in Japan. 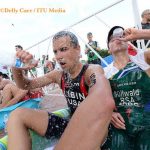 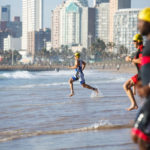 Ultra tri stars will hit the Durban beachfront next year

Tokyo looms, again, We don’t know for sure in what shape of form the Olympics and Paralympics will take place in July to September and if anything 2020 taught us to take nothing for granted. What we do know is that if Tokyo 2020 +1 does go ahead, it will do so against a new-found back drop where simply taking… END_OF_DOCUMENT_TOKEN_TO_BE_REPLACED