Nagle Dam near Pietermaritzburg is the venue for a new era of professionalism on the South African kayaking scene.

The KwaZulu-Natal venue on Friday August 28 is where the first August Senior Sprint Squad Trial will take place. Although Canoeing South Africa’s new High Performance Plan officially comes into effect on 1 September, the trial is set to become an important part of the programme.

The primary purpose of the trial is to identify a broad squad of approximately 30 senior athletes that can begin training with CSA’s three regional coaches. The full group will have access to coaching, conditioning programmes and sports science testing, as well as the opportunity of attending some of the training camps, scheduled for November this year and February and April next year. An elite top tier of roughly 10 paddlers, depending on standards, will qualify for a residence allowance.

Previously, the national sprint trial has taken place in April, the weekend before the national championships. But with the international World Cup regattas starting in May, it often meant paddlers having to peak for numerous events that took place in quick succession.

This August trial will allow for improved preparation and training programmes, particularly for the K2 and K4 team boats. The extra training time as a combination is likely to result in faster improvement and understanding, meaning the crews will be more comfortable together by the time the international season comes around, and hopefully achieve even better results. The April trial will still take place, but it will be used specifically to qualify the actual boats for overseas competition.

One of the added benefits of Friday’s Senior Sprint Trial is the future planning it enables for the development of the country’s talented group of junior sprint paddlers. The trial is open to all paddlers who will be eligible for senior selection next year, effectively bridging the gap from the junior ranks to the senior squad. With the added support the paddlers will receive, there is likely to be an improved conversion rate from the Under-18 sprinters and less talent lost from the system.

The athletes who raced in the A-Finals of the World Championships earlier this month are exempt from the trial, meaning newly crowned African Women Paddler of the Year Bridgitte Hartley, and Shaun Rubenstein and Mike Arthur have already qualified for the squad.

The trial also doubles as a selection event for the sixth Flatwater African Championships, which take place in Ivory Coast from the 22-24 October. Due to the high workload on the elite paddlers, Canoeing South Africa has decided to send a development team of five athletes to the regatta, comprising two junior boys, two senior men and a women sprinter. There is a wide representation from around the country, with entrants from development clubs in Paarl, Soweto and the Nagle Dam area all taking part.

All the racing will be done in K1’s across the three sprint distances. The 1,000m events take place at 9am in the morning, the 500m from midday and the 200m distance races are in the afternoon from 3pm. 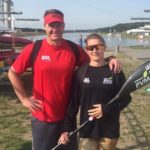 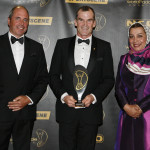 Dusi winner Dreyer rewarded for his work in local community

Tokyo looms, again, We don’t know for sure in what shape of form the Olympics and Paralympics will take place in July to September and if anything 2020 taught us to take nothing for granted. What we do know is that if Tokyo 2020 +1 does go ahead, it will do so against a new-found back drop where simply taking… END_OF_DOCUMENT_TOKEN_TO_BE_REPLACED