Mary Ntsweng is determined to put up a great show and help Banyana Banyana bid farewell to Cyprus on a winning note when they face Northern Ireland in their final Group C match of the Cyprus Cup on Monday.

The enterprising winger has been one of the shining stars in the South African women’s side in this annual tournament, dishing out splendid displays despite the team’s failure to yet register a win in the tournament.

ÔÇ£It’s been a very competitive tournament. Our undoing has been that we start well but lose focus when it matters most; and our opponents have seized the opportunity and punished us for that,ÔÇØ said Ntsweng, who plies her trade with the TUT Ladies FC team in the Sasol Woman’s League.

Having a fulltime role in the tournament this time around after having a bit-part role in the 2012 edition, Ntsweng has orchestrated most of the attacking moves for Banyana Banyana only for her striking teammates’ to spurn the chances created.

She scored a cracking goal in the 2-2 draw against New Zealand in the practice match ahead of the start of the tournament and watched in disbelief as her shot cannoned off the crossbar against the Republic of Ireland last Friday.

Ntsweng remains confident that the goals will come. ÔÇ£I have heard the coaches commend me for my performances in Cyprus so far and I am glad I have followed their instructions. I am glad everything has panned out well and my aim is always to go out onto the park and be ready to die for the team. As a collective, we have done well in creating chances. What we need only is to improve our communication and be fully alert when in the final third,ÔÇØ she said.

Banyana Banyana and Northern Ireland come into the final Group C match at the Paralimni stadium (2.30pm kick-off) winless after two outings. The Sasol-sponsored side lost their opening game 2-0 to Korea Republic and narrowly defeated 1-0 by Republic of Ireland after missing a host of chances on Friday. Northern Ireland were thumped 5-1 by Ireland and 3-0 by Korea in their two games.

Banyana Banyana beat Northern Ireland 2-0 in the group stages of the Cyprus Cup last year and while Ntsweng has seen an improved team in their opponents, she firmly believes Banyana Banyana can beat them again.

ÔÇ£The standard is higher in the tournament this year, teams have regrouped after last year’s outing and strengthened their weak departments,ÔÇØ assessed the dreadlocked 24-year-old winger.

The team had a day off on Saturday and spent the afternoon in the beautiful city of Larnaca, about 55km outside their base of Ayia Napa, going sight-seeing near the Mediterranean Sea. In the evening, the South African girls participated in a fun Player’s Evening ÔÇô a karaoke singing and dancing event ÔÇô which featured the other three teams from Group C, Korea Republic, Republic of Ireland and Northern Ireland, put together by the tournament organisers.

After completion of the group matches on Monday, the 2012 African Women Championship runners up will compete in a 11th/12th play-off spot in the 12-nation tournament as they have not qualified for a play-off in higher positions.

Korea Republic and Ireland will face each other to determine the winner of Group of C in the second match at the Paralimni Stadium. 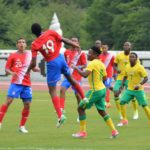 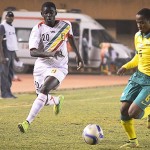 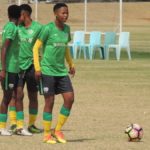 Banyana’s Esau puts her goals down to great team work

Tokyo looms, again, We don’t know for sure in what shape of form the Olympics and Paralympics will take place in July to September and if anything 2020 taught us to take nothing for granted. What we do know is that if Tokyo 2020 +1 does go ahead, it will do so against a new-found back drop where simply taking… END_OF_DOCUMENT_TOKEN_TO_BE_REPLACED