Olympian Philip Buys is out to prove a point at next month’s UCI Mountain Bike and Trials World Championships at the Cascades MTB Park in Pietermaritzburg, and eager to ensure that his performance does justice to the late Burry Stander.

The 24-year-old Team Scott Factory rider heads to Spain for the fourth World Cup next week, looking to fine tune his form before flying home to prepare for the World Championships at a training camp in Cape Town and then heading to Pietermaritzburg a week before the event.

“I will never get a chance to compete in a World Cross Country Champs on home soil, and racing on a track that I know well, so I want to take full advantage of this opportunity,” said Buys.

“Every track is difficult in it’s own way, but the Cascades track seems to suit my style. I race it at every opportunity, and the more you race it the more comfortable you feel on it,” he said.

Since the London Olympic Games Buys has steadily climbed up the UCI rankings, and now finds himself ranked around 20th in the world, bringing with it preferential seedings at major international races.

“It’s quite different! When you start at the front everyone seems kinds shaky, while when you are seeded 70th and some way back, you have five seconds or so before you even cross the startline,” he said.

Illness hampered his recent World Cup campaign, but he managed a podium in one of the Eliminator races. That has helped focus his training and preparations for the World Champs.

“I’ve got the power ÔÇô I know that and the Eliminator proves that ÔÇô now I am working on my fitness. Since the ABSA Cape Epic I have been focusing more on training and recovery and actually racing less.”

With a top 20 seeding, Buys is looking to finish the World Champs with a top 15 or top 10 result, and says he is driven in a significant way by his desire to sustain the legacy of the late Burry Stander.

“Burry did so much for this sport in South Africa. He set the standard and proved that as a South African you have no excuses not to beat the best in the world,” said Buys.

“With Burry’s passing the responsibility shifts to us to uphold his standards, and to go further and to take his achievements and go beyond that. That is a huge and positive motivation for me now,” he said.

Buys will also carry forward his experiences at the Olympics as he seeks to make the most of the high profile and high pressure opportunities in the future.

“As big as the Olympics were for me, I learnt a lot from that experience. I attach the same level of importance to these World Champs, and I know a lot more about what I have to do to perform at that level now. For me representing my country is a huge honour,” he added.

Buys has prioritised the UCI MTB and Trials World Championships that start on 26 August, and wants to wring full value out of the opportunity to race in front of his hometown fans and supporters.

“Travelling is always difficult. Your fitness levels drop and you can get sick travelling, so having this event at home is such a great opportunity. I know and like the course, and it will just take a few days to get it properly dialled in.

“Then it is just about controlling myself. Your energy levels tend to be high during the taper phase,” he says.

For the Olympian, the UCI MTB and Trials World Championships will be career defining, both personally and professionally as he seeks to perform for his local fans and do justice to the legacy of the iconic Burry Stander.

Burns and Co named for World Cup events in Europe 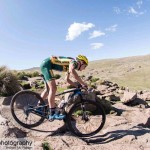 Rising Rio Olympian is on the move

By GARY LEMKE in Tokyo On the third day of staying in the Paralympic village bubble “it” finally dawned on me. “It” wasn’t the sheer visual aspect of the 4 000-plus Paralympians with disabilities all in the same environment of towering 17-storey apartments and surrounded by a 4km perimeter fence. Admittedly, that is the initial and most common conclusion of… END_OF_DOCUMENT_TOKEN_TO_BE_REPLACED