South Africa’s Sunette Viljoen finished third in the women’s javelin throw at the 11th leg of the Samsung Diamond League in Lausanne, Switzerland on Thursday night.

Viljoen struggled to find the big distances and threw three fouls from her six attempts.┬á┬á The SA and Africa record holder produced a throw of 64m in the second round, 61.59m in the fourth round, followed by a heave of 64.08m in the fifth to secure a third place finish.

Viljoen is now ranked second overall (7 points) in the standings going into the next leg of the series in Birmingham.┬á Spotakova currently leads with 14 points with Abakumova third (6 points).

Meanwhile, Viljoen, Khotso Mokoena and Lehann Fourie will compete in their respective events at the 12th leg of the Samsung Diamond league in Birmingham, England on Sunday.

Mokoena finished eighth in the men’s long jump at the London Olympics on 4 August and will be up against a strong field of competitors. Five of the seven competitors are Olympic finalists.┬á Olympic champion, Greg Rutherford (GBR), jumped 8.31m to comfortably win at the Olympic Games.

His personal best of 8.35m was recorded on 3 May in California.┬á Silver and bronze medallists, Mitchell Watt (AUS) and Will Claye (USA), will also be back in action along with other familiar names such as Aleksandr Menkov from Russia and Chris Tomlinson (GBR).

The men’s 110m hurdles will almost be a like a repeat of the Olympic Games final, with just two athletes in the line-up not being Olympic finalists.┬á South Africa’s Lehann Fourie had a brilliant campaign┬á leading up to the final of the Games.┬á He set up a new personal best of 13.28sec in the semi-final of the event, but unfortunately clipped most of the hurdles in the final.

Aries Merritt, USA’s Olympic Champion, along with Jason Richardson (USA silver medallist), Hansle Parchment (Jamaican bronze medallist), Lawrence Clarke (GBR) and Ryan Brathwaite (BAR) are some of the Olympians to compete on Sunday.┬á Merritt is the fastest man in the world in the event this season, with a personal best of 12.92sec recorded at the Games on 8 August.

Spotakova and Viljoen, as well as theGerman Olympic medallists, Christina Obergfoll and Linda Stahl, will once again meet in Birmingham in the women’s javelin throw. 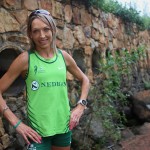 Bosman’s Comrades hopes depend on her sticking to plan 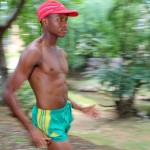 Shange out to walk his way into the record books