Hard on the heels of her fellow walkers’ success around the globe the spotlight now falls on little Anel Oosthuizen in the Slovakian town of Dudince as she goes in search of a double target.
The IAAF Race Walking Challenge 20km race features a field of around 42 top athletes, although that could grow closer to Saturday’s race.
Oosthuizen has swapped the warmth of Gauteng for the early spring chill of Slovakia which is still experiencing snow this week. And the 20-year-old is going to find her hottest form if she’s to nail that target.
With the Rio Olympics she’ll need to better a time of 1hr 36min 00sec. And what better motivation could she need than the fact that the current SA record for the difference is the 1:36:18 set in Mexico by Susan Vermeulen in Mezidon, France, 17 years ago?
Oosthuizen, part of Team South Africa at the African Games in Brazzaville, Congo last year, is not making any outrageous race predictions.
Lining up with a personal best of 1:38:03 she’s nevertheless positive, as she told Road to Rio 2016. ‘Obviously I’d like to let my result speak for itself but I’m feeling very positive about the race.
‘It’s my first time in Dudince and conditions are totally different to what I’ve experienced so far so lets see how my body adapts to that.
‘I’ve had a great build-up this year, and thankful that it’s been injury-free. One thing’s for sure, I’m going out there with one purpose and that’s to try and qualify for the Olympics.’
A few years back Oosthuizen tore leg ligaments and was sidelined and on crutches for a period of almost eight weeks. ‘But my preparation for these games is way better than that for African Games, I’ve been able to do regular weeks of 100km+ in training.’
There’ll be many a familiar face for Oosthuizen with her having spent a month back home with many of Slovakia’s top walkers, including world 50km champion Matej Toth, who were on a training camp in Gauteng.
Meanwhile back home, coach Carl Meyer is holding thumbs that his charge can pull it off. ‘Anel’s very well prepared and unlike her various niggles over the past two years she’s been healthy and without injury. Training results show that she can definitely qualify with a sub 1:36, provided race-day conditions are favourable. But it seems weather conditions will have a temperature of around 12 degrees Celsius which would be ideal.
‘We all believe this commitment by her will make her dreams come true. The absence of financial support for her was initially a huge stumbling block that she has to carry alone as the IAAF requires race walkers to qualify on accredited IAAF events and no ASA events in South Africa comply with IAAF requirements.’
Other South Africans in the women’s 20km race are Corli Swart and Zelda Schultz.
‘Anel will also have another 20km race in Podebrady, Czech Republic next month and history shows that weather conditions are likely to be more favourable there,’ said Meyer.
The men’s 20km event in Dudinsk features two South Africans in the shape of Wayne Snyman who walked a huge 20km best in Australia recently, and Mthembi Chauque (also trained by Meyer). 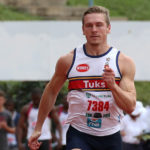 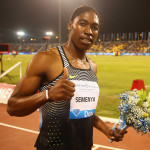 Caster and Wayde shine brightest for SA in Monaco

Tokyo looms, again, We don’t know for sure in what shape of form the Olympics and Paralympics will take place in July to September and if anything 2020 taught us to take nothing for granted. What we do know is that if Tokyo 2020 +1 does go ahead, it will do so against a new-found back drop where simply taking… END_OF_DOCUMENT_TOKEN_TO_BE_REPLACED