Double 2012 Paralympics medallist Arnu Fourie gets his season back on track in Switzerland this weekend, writes Mark Etheridge.

Stellenbosch’s Fourie, ran his first indoor event earlier this year, when he took silver in the 60-metre dash in an event at Glasgow International match at the Emirates Stadium.

He returned to South Africa to continue his build-up for the season but was soon laid low by a hamstring injury was forced to miss the Nedbank National at Stellenbosch Stadium.

Friday will see him testing out the injury as he lines up for the IPC Grand Prix event in Nottwil.

He told Road to Rio 2016: “The injury kept me off the track for a few weeks longer than we initially thought but it has healed completely and the extra few weeks gave us time to build a really strong base.

“I have been back on the track for a couple of weeks now and this race here in Switzerland is one that we will use as a guideline to see where we are in our process to getting back to being 100% competition fit and running faster times than ever.”

Fourie will line up in the 200m on Friday and the 100m on Saturday.

“I will be competing in the 200m tomorrow and the 100m on Saturday. Let me know if you need some more info. Thanks. Regards. Arnu

Haven’t seen the full line-up yet but really just looking forward to get back in the blocks and run a strong race. So there are no expectations for the times in this first meet, I’ll just use this as a guideline to build to a strong peak in the upcoming weeks as we have a few meets lined up here in Europe for the next couple of weeks.” 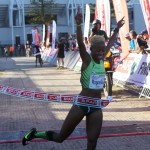 Makhanya warms up for Hannover with Cape Town SPAR win

By GARY LEMKE in Tokyo On the third day of staying in the Paralympic village bubble “it” finally dawned on me. “It” wasn’t the sheer visual aspect of the 4 000-plus Paralympians with disabilities all in the same environment of towering 17-storey apartments and surrounded by a 4km perimeter fence. Admittedly, that is the initial and most common conclusion of… END_OF_DOCUMENT_TOKEN_TO_BE_REPLACED