Belgium’s Serge Pauwels was the best of African Team Dimension Data in Wednesday’s fifth stage of the Tour de France.
The stage was a 216-kilometre ride between Limoges and Le Lioran and the first stage with any real hills… and immediately the boys started being separated from the men.
Pauwels’ Belgian teammate Greg van Avermaet (BMC Racing) won the stage of the Tour de France and also moved into the overall race lead. Thomas De Gendt (Lotto-Soudal) finished in second and Rafal Majka (Tinkoff) rounded out the stage podium.
Riders had to deal with just over 2000m of ascent and while 2000m climbing is not a huge amount by Tour de France standards, the majority of the climbing was squashed into the final 50km of the stage. With the General Classification favourites not too keen on showing their cards this early in the race, it was the perfect stage for the breakaway.
Team Dimension Data knew the importance of being in the break and so Eritrea’s Daniel Teklehaimanot and Pauwels were both very attentive at the stage start. Pauwels eventually made the move of the day with eight other riders.
The peloton let the group go to a six-minute advantage, before some in-fighting began among the leaders. Van Avermaet, De Gendt (Lotto-Soudal) and Andrey Grivko (Astana) attacked and Pauwels tried to cross over to the trio alone. Pauwels got to within 12 seconds but couldn’t close the gap.
As the three rode away, the gap to the peloton ballooned up to 15 minutes and it was clear the winner would come from the breakaway. Going over the final two categorised climbs of the stage, Van Avermaet showed he was the strongest by going solo, and rode to a good win.
Pauwels was hoping to hold off the chasing group of GC favourites and claim a top 10 stage result, but a crash on the penultimate descent of the stage saw him being caught with 3km to go and he eventually finished in 26th position.
It was a brave effort by our African Team rider who will no doubt be looking for more breakaway’s later in the race. All the other African Team riders completed the 216km stage with no real issues.
Pauwel’s thoughts: ‘Today I made the main break of the day. It was a difficult day, the heat made it really quite tough and I was suffering from it for a large part of the day and didn’t really feel all that good. I tried my best today but in the end, the GC guys caught me.’
Best of the South African riders were Rio Olympics bound Louis Meintjes (Lampre – Merida), 23rd on Thursday and fellow Olympian Daryl Impey 71st. The only other South African in the Tour, Reinhardt Janse van Rensburg, was 144th on the day as the sprinters took a back-seat on the hills.
Thursday’s sixth stage is a 187km ride from Arpajon-sur-Cère to Montauban, with a fair deal of hills and could suit a lengthy breakaway bid. The main GC contenders will probably sit back on a stage like this, with the Pyrenees mountains lying in wait on Friday. 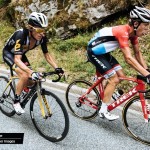 MTN-Qhubeka slip back but hold head high at TDF

Knox, Rabie ride off with honours

By GARY LEMKE in Tokyo On the third day of staying in the Paralympic village bubble “it” finally dawned on me. “It” wasn’t the sheer visual aspect of the 4 000-plus Paralympians with disabilities all in the same environment of towering 17-storey apartments and surrounded by a 4km perimeter fence. Admittedly, that is the initial and most common conclusion of… END_OF_DOCUMENT_TOKEN_TO_BE_REPLACED