American Chad Pfeifer called on his magical short-stick one last time on Wednesday, and sunk a 20-footer for birdie from just off the 18th green at King David Mowbray Golf Club to win the Canon SA Disabled Golf Open for the second year running.

After a 90 minute fog-delay to the start of the final round, the south-easter wind also showed up to make conditions around the immaculately kept layout much tougher in the final round, but when it comes to holing nervy four and five-footers, no-one did it better this week than Pfeifer.

The leg amputee – whose left leg was blown off in a landmine explosion while he served the US Army in war-torn Iraq in 2007 – might have battled with the big gun off the tees, but Pfeifer waved the putter brilliantly to post successive rounds of 70 for a three-shot lead over Spanish sensation Juan Postigo heading into the final round.

The former corporal marched around the championship layout in 72 strokes and pencilled in 12 pars and three birdies and bogeys apiece to celebrate a six-shot victory on four-under-par 212.

‘The first nine was fine, but to be honest, my driver was a bit off coming home,’ said the 34-year-old reigning World Disabled Golf champion.

‘I dropped shots at 13 and 15 and I had to make a couple of really good par saves from the trees at 12 and 14 to hold the round together, so it felt really special to win it with a birdie. I battled to keep the driver in play over all three rounds and I left a few out there. I had to do a lot of scrambling, but I kept it going and it feels great to finish with a four under par.

‘Anytime you get a W, it’s a great feeling and I am absolutely stoked to get this second one. It looks like coming out to South Africa is becoming a great habit. I’ve still a way to go to catch Ben (van Zyl) with his seven SA Open titles, but I’m incredibly proud of this achievement.

‘We had a world-class field out here and the Canon SA Disabled Golf Open is one of the best run championships in the world, so it’s a real honour to be its champion again.’

Meanwhile Postigo – the man who led the first round with a superb 69 and was left chasing after a second round 74 – had to settle for second after closing with a 75.

But the 21-year-old Spaniard certainly left an impression on the 2017 champion.

‘Juan’s amazing,’ said Pfeifer. ‘He was born with only the right leg and he doesn’t wear a prosthesis, yet he hits the ball longer and straighter than anyone else in the field. I really don’t know whether I could play as well as that without a prosthetic. When you add his touch around the greens, he really is just the most amazing talent.’

Pfeifer’s compatriot, Kenny The Mowhawk’ Bontz, also birdied the final hole for a 77 to take third on 10-over 226.

Belgium’s Adem Wahbi, a diplegia sufferer, carded rounds of 83, 72 and 76 to finish in fourth on 231, while Christo de Jager led the South African challenge. The nine-handicap Les Autres golfer from Uitenhage Golf Club rounded out the top five at 232 following a 78.

It was also a very successful tournament for some of the South African Disabled Golf Association’s First Swing Programme players.

But perhaps the most impressive performance next to Pfeifer’s was young Kwazi Mahlangu from Boksburg.

The 12-year-old joined the First Swing Programme through the St Vincent School for the Deaf a mere three months ago and had only played in six competitions before he qualified for this year’s Canon SA Disabled Golf Open.

Playing only nine holes per day, Mahlangu racked up 20, 15 and 16 points off his 36 handicap to lift the Deaf Under-15 Stableford title in the 19-36 Handicap division.

Friday sees the completion of the World Cup of Disabled Golf, which has been running concurrently with the Canon SA Open.

The US Team of Pfeifer and Bontz are very much in command, leading by 37 shots from former Canon SA Disabled Golf Open champion Josh Cunliffe and Bob MacDermott from Canada. 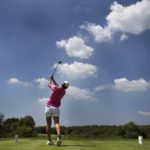 Makeshift driver… but Pace races into lead at Millvale 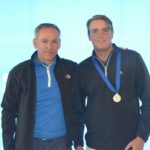 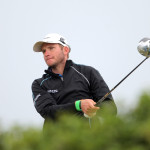 SA duo in impressive march up the world rankings list

Tokyo looms, again, We don’t know for sure in what shape of form the Olympics and Paralympics will take place in July to September and if anything 2020 taught us to take nothing for granted. What we do know is that if Tokyo 2020 +1 does go ahead, it will do so against a new-found back drop where simply taking… END_OF_DOCUMENT_TOKEN_TO_BE_REPLACED