The country’s two wheelchair tennis stars celebrated Freedom Day by both making it through to their respective quads and women’s singles finals in the Gauteng Open. But Montjane was beaten 4-6 6-2 6-2 by German world number one Sabine Ellerbrock, while Sithole lost 6-2 6-1 to American world number one David Wagner.

Yet the greater significance of their achievement on a historic Sunday for South Africa was not lost on Montjane. ”I always think of what Madiba did for our country and how things have changed. It means a lot that we can live together and I appreciate those who fought for it, delivered it and made peace. Today we can all live together as South Africans because of that,” she said.

And Sithole was further proof of this as he went straight from the Gauteng East Tennis Centre to the Union Buildings in Pretoria to receive the Order of Ikhamanga Bronze from President Jacob Zuma in recognition of his outstanding achievements in wheelchair tennis, which included becoming the first African to win the US Open in 2013. ”I’m very honoured to receive this award on Freedom Day. It’s a very special moment for me,” he said.

It was another windy day on court in the finals, and the experience of the world number ones proved key. Montjane, pictured right, looked poised for an upset when she took the first set off Ellerbrock. But the German, who was nursing an arm injury, brought a more aggressive game to the final two sets.

”I knew it was going to be a tough match. It was great to take the first set but Sabine came back hard in the second and I made a lot of mistakes. There are a lot of things to take from this tournament and I’m leaving here with a lot of confidence for next week’s Airports Company South Africa SA Open,” she said.

It was an emotional victory for Ellerbrock, who won her first ITF title in South Africa and was also on the winning women’s doubles team in the Gauteng Open. ”I’m proud of what I’ve achieved and I’m looking forward to the SA Open. We’ll have two more top 10 players in the draw there, so you’ll need a bit of luck as well.”

Sithole was also optimistic of turning the lessons of his defeat into a successful campaign in the SA Open. ”It’s a learning curve for me and I’ve seen what I need to work on for next week’s SA Open.”

Wagner will also remain in the country for the SA Open as he goes in search of back-to-back titles. ”I’ve had a gameplan for these two weeks and it’s worked out so far. I obviously want to win the SA Open as well, but most importantly I want to play the best tennis I can every time I get onto the court.”

French Grand Slam champion and men’s world number two Stephane Houdet is also hunting a double. Houdet won the Gauteng Open men’s singles title with a 6-2 6-2 victory over Japan’s Takashi Sanada in a week where he also celebrated a doubles triumph. And he’ll be defending his SA Open title at Ellis Park. 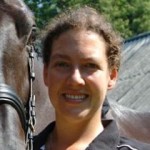 Golden victory for Verdi and Johnson

Smiles all round as Samkelo sprints to double qualification

Tokyo looms, again, We don’t know for sure in what shape of form the Olympics and Paralympics will take place in July to September and if anything 2020 taught us to take nothing for granted. What we do know is that if Tokyo 2020 +1 does go ahead, it will do so against a new-found back drop where simply taking… END_OF_DOCUMENT_TOKEN_TO_BE_REPLACED