Our men’s hockey team were edged out by the odd goal in seven as India won the fourth Test 4-3 in Delhi on Friday to clinch the five-match series 3-1 with just Sunday’s Test match still to play.

The eight-time Olympic gold medallists trailed 1-0 at half-time thanks to a strike by Justin Reid-Ross of Northern Blues in the 14th minute. But India came hard at SA after the changeover and scored a remarkable four goals inside 13 minutes to clinch victory.

KZN Coastal Raiders captain Lloyd Madsen, the eighth of nine members of the Madsen family to play hockey for South Africa, scored the men in green and gold’s third goal six minutes from the end.

Meanwhile, the Investec South Africa women’s hockey team will be looking to take a 2-1 lead in the five-Test Investec International Series when they tackle Spain at the Randburg Astro on Saturday.ÔÇ¿ÔÇ¿The first Test was drawn 1-1; the second went to Spain 3-2 with South Africa winning the third Test 3-1 on Thursday night. The fifth and final Test is at 2pm at Randburg on Sunday. 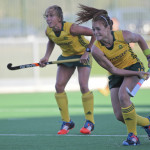 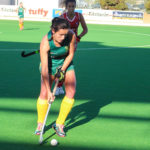 England wrap up Summer Series with 2-0 win against SA

By GARY LEMKE in Tokyo On the third day of staying in the Paralympic village bubble “it” finally dawned on me. “It” wasn’t the sheer visual aspect of the 4 000-plus Paralympians with disabilities all in the same environment of towering 17-storey apartments and surrounded by a 4km perimeter fence. Admittedly, that is the initial and most common conclusion of… END_OF_DOCUMENT_TOKEN_TO_BE_REPLACED