While Wayde van Niekerk may have missed out on gaining yet another global sporting honour, there was still something for South Africans to shout about as surfing charity ‘Waves for Change’ won the Sport for Good category at the 2017 Laureus Awards in Monaco on Tuesday night.

Reigning world and Olympic 400-metre champion Van Niekerk was up for the Breakthrough of the Year award, but this went to Formula One driver Nico Rosberg.

It’s the second big win for the Western Cape based Waves for Change. Last year the charity, which operates from Muizenberg beach, won the Jack Cheetham Memorial Award in Johannesburg, the 34th time the award was made.

For the Cheetham Awards, the charity won R500,000 for their efforts, spread over a period of three years.

Launched in 2012, the organisation provides surf therapy programmes for youngsters affected by violence and abuse in volatile township communities. Aiming to be inclusive and to transform the SA surfing landscape, the charity reaches 250 youths each week, and draws participants from three townships in the Cape town area.

The award was presented by Princess Charlene of Monaco, particularly apt since her foundation also does a great deal of work in South Africa, particularly in the field of swimming.

In presenting the award to Waves for Change founder Tim Conibear she said: ‘Your programme and my foundation share the same values in teaching children to swim and giving them purpose.’

In reply, Conibear said: Thank you very much for awarding us this incredible honour. I’d like to extend a few thanks to everybody who works for us along the South African coast in Cape Town, Port Elizabeth, East London and to our new friends in Liberia. They work in some of the most difficult communities on the planet.

‘Thanks to the Academy. Six years ago we came to Sport for Good Foundation with a concept for surf therapy [as a way to help] young people to deal with stress… you believed in us and funded us and now we reach 1000 people around the world.’

All the category winners

Laureus World Sportsperson of the Year with a Disability: Beatrice Vio 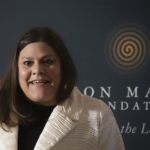 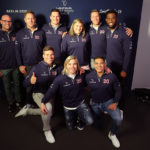