National High Performance manager at Sailing South Africa, Belinda Hayward is encouraged by the future of the sport in South Africa.

Hayward was also team manager for the sailing code of Team South Africa at the recent All Africa Games in Maputo, Mozambique where the sailors contributed nine medals to the SA tally.

She took time for Road to London 2012 to look both backwards and, more importantly, forwards at the sport of sailing in South Africa.

“Sailing is one of the oldest sports in South Africa having┬áclubs in Cape Town, Durban and Germiston┬áthat are┬ámore than 100 years old.┬áIt was always seen as a prestigious, up-market and challenging sport, almost colonial in nature. Up to 30 years ago, it was a strong sport in South Africa with a healthy membership, excellent cash flow and boasting some of the top sailors in the world.

“But then things started to change as new sports entered the marketplace,┬áshopping malls were invented and started trading throughout the week-ends, television sets became universal in households and school sports started taking over high schoolers’ week-end schedules.┬áSA Sailing has seen a steady decline in numbers in each class (type of boat) and entries┬áat class national championships have dwindled from over 100 to┬áfewer than 20.

There are more than 40 classes currently in SA, yet only three of the eight Olympic 2016 classes, a clear indication that we have not kept up with international competitive sailing. Sailing has truly been┬áa perfect┬ácase study of “doing the┬ásame thing┬áover and over again, expecting different results”, as clubs, events and training have changed very little, if at all, for the past 50 years. This has been the case, until recently.

Through the aid of Department of Sports and Recreation, SA Sailing was able to┬áenergise high performance training over the past four years, giving our top youth sailors access to sports science and proper training camps for the first time. In addition, SASCOC came to┬ásailing’s aid┬áwith the┬ásupport to┬áacquire international training┬áfor a new coaching scheme in South Africa and we are now, for the first time, internationally recognised as an ISAF accredited training provider. Over the past year, this has resulted in more than 20 new accredited training centres starting up professionally around the country, offering Learn to Sail courses for all ages and school sports.

“SASCOC also supported SA Sailing tremendously by helping us reassess the way we do things and develop a Long Term┬áParticipant Development (LTPD) model for sailing. This programme will be launched in December 2011 and implemented across all classes,┬áclubs and training centres from 2012 onwards. These three initiatives have paved the road towards transformation in sailing, making the sport more accessible, more developmentally appropriate and more focused on retaining sailors to be active for life as well as creating champions at international level.┬áWe’ve always had the talent and the motivation. Now we also have the focus, and skills resources to get back on the world map of sailing. It has sparked a drive within our national federation to proactively develop┬áBegin to Sail┬áinitiatives as well as a High Performance projects that we hope will double the numbers in sailing and produce world-ranked sailors yet again by 2016. Our aim is to have a team at┬áRio 2016, and we’ve already started┬áto walk the talk.

“For the past 10 years, SA Sailing has selected the top youth sailors to represent our country at the ISAF Youth World Championships. In July this year, this annual event was held in Zadar, Croatia and 10 of our sailors aged below 18 were selected to compete in the six classes. Although they managed to get some outstanding individual results at times, we failed to hold top positions mainly because our sailors are not accustomed to competing in big, strong fleets of this nature. Most European sailors at this event compete at this level consistently throughout the year on the ISAF Olympic circuit, so it’s little wonder our sailors were out of their depth. Our top result was Stefano Marcia in the Laser Radial class, with a sixth out of 49 entries. The experience these sailors gained from taking part in this event is invaluable.

“Then in August/September of this year, SASCOC selected a team to take part in All Africa Games in Maputo. The majority of this team of 12 sailors consisted of youth under the age of 18 years. Sailing is still a developing sport on the African continent and as such the organising authority wanted to include junior classes that will promote entry-level classes on the continent. This made sailing the only sport at All Africa Games with junior athletes, and our little Optimist sailors (aged between 13 and 15) became the mascots of the South African delegation in Maputo. Being part of the All Africa Games was an awesome experience as we┬ádid not go as a sailing team, but as a 320+ team from a variety of sporting codes, united in the common goal of representing our country to the best of our abilities.

“It was a time┬áwhen all differences between the codes, races, religions, sexes and cultures were irrelevant and we felt a kinship with all the officials and athletes that made up┬áTeam South Africa.┬áAthletes from other codes came to Club Maritimo to support our sailors and to see what it was all about, just as we were eager to go support them and cheer them on. Unfortunately, due to our long racing schedules each day, we weren’t able to attend many of the other sporting events, but we did manage to watch┬áthe first game of the SA basketball team against Cape Verde,┬ásome of the swimmers who did┬áthemselves proud with numerous medals, and our junior sailors also went to watch a soccer match in the newly built stadium.

“Meeting the sailors from other countries in Africa was┬áa great┬áexperience for us and┬ámany new friendships┬áwere made.┬áAs High Performance Manager for SA Sailing, I was inspired with┬áthis┬áopportunity to support a dedicated, strong team at the games, but also to discuss development of sailing in Africa and possible joint training and new continental events┬áwith Technical Directors┬áand coaches from other countries.┬áI┬áhave faith that some amazing new opportunities for African sailors will come from these discussions.┬áWe as sailors have┬ábemoaned our lot in life: ‘What’s SA Sailing or the government doing for us?’ or ‘We can’t compete internationally because we have no money!’ etc.

“Yet I realised┬ájust how fortunate we have always been and how lucky we are to have the type of sailors (self-motivated, highly talented, good sportsmanship and┬ásociable, unafraid to make friends with┬áother competitors around the world)┬áand the current support┬áand infrastructure that we have. I also see how others in Africa envy and respect South African sailing ÔÇô we are the role models on the continent and should do more to lead the way for others.┬áWe all learned from each other, both on and off the water, and it was hugely positive┬áto see how our sport is growing both on the development level┬áand high performance level in Africa.

“Strong contenders┬áfor┬áfuture success┬ástories┬áinclude Mozambique (with their newly established ISAF accredited training schemes, like ours,┬áand injection of new boats┬ábought in for the All Africa Games), Tunisia and Algeria (with their joint┬áhigh performance centre and training programmes that includes sailing the ISAF European circuit each year), and Seychelles with their top sailors┬átraining and competing in Europe for Olympic campaigns.┬áAll over Africa, the focus is on development of pathways classes towards producing potential Olympic sailors, so the drive is to focus their limited resources on these classes and only these classes.

“We in SA need to do the same. There are few likely African entries in the 2012 Olympic Games, with only one possible from South Africa, but I have little doubt this will all change in 2016.┬áAlthough South Africa won more medals this year at the All Africa Games than any other country (four gold, four silver and one bronze), it’s clear that unless we start changing with the more focused trends in Africa and the world, we┬ácannot hope to come close to producing African or world champions in Olympic classes in the future. As Professor Istavan Balyi from Canada has said repeatedly at the LTPD group meetings, “Change is inevitable”, so we embrace the changes coming and look forward to a healthy, successful sailing future in Africa.” 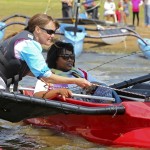 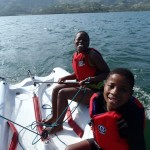 SA Sailing’s search is on for future stars

Tokyo looms, again, We don’t know for sure in what shape of form the Olympics and Paralympics will take place in July to September and if anything 2020 taught us to take nothing for granted. What we do know is that if Tokyo 2020 +1 does go ahead, it will do so against a new-found back drop where simply taking… END_OF_DOCUMENT_TOKEN_TO_BE_REPLACED