Olympic yachtsmen Asenathi Jim and Roger Hudson have the wind well and truly in their sails as they bear down on another spot on Team South Africa at the Rio Olympics next year, writes Mark Etheridge.
The duo have just completed the year’s first ISAF World Cup event and recorded the best result to date of their four-year campaign.
Sailing in Miami, United States, they ended eighth out of 44 teams. And this was not your run-of-the-mill field. With the Games just over the horizon the top sailors are upping their own games and only four of the top 30 ISAF ranked teams were not on the water (and just one combination was missing from the top 10).
The Cape Town duo ended seventh after the eight-race qualifying series, qualifying them for the medal race at the weekend, effectively a double points affair for the top 10 qualifying boats.
They ended fourth in the medal race and beat the first, third, fourth, fifth and sixth qualifying boats.
Said SA Sailing’s national training manager Rob Holden (who was also Team SA’s sailing code manager at last year’s Youth Olympics in China): ‘This is a big result and means that a top 10 and even a medal in the Olympics is a reality!
‘They’ve been working very hard and this shows that they’re doing the right things and all is on track. It’s a result that has given a lot of South African sailors hope to see a top 10 position at the Games in 2016… and it’s come after a lot of hard work.’
At the London Olympics, after teaming up just a year earlier, they ended 26th. 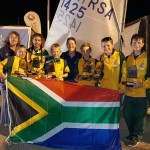 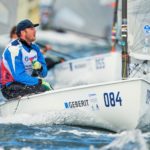 Inspired Shilton on course for bigger and better things

Tokyo looms, again, We don’t know for sure in what shape of form the Olympics and Paralympics will take place in July to September and if anything 2020 taught us to take nothing for granted. What we do know is that if Tokyo 2020 +1 does go ahead, it will do so against a new-found back drop where simply taking… END_OF_DOCUMENT_TOKEN_TO_BE_REPLACED