South Africa’s Woo-Ju Son claimed an emphatic 10-stroke victory in the Womens Championship, while Keelan van Wyk tied for second in the Mens Championship at the World Amateur Golf Audi Reunion on Reunion Island on Monday.
The 14-year-old Son from Eagle Canyon began her last trip around Golf Du Bassin Blue in a tie for the lead with tournament favourite and defending champion, Jade Rousseau.
After a disappointing 77 in the second round, Son finished as she started, with a one-over-par 73.
The South African had 15 pars at the tight layout and offset bogeys at the sixth and 12th holes with a lone birdie at the par-five 14th.
Rousseau closed with an 83 to edge out Western Province amateur Zayb Fredericks by two strokes for second after the Royal Cape golfer signed for a final round 77.
‘It was definitely a better day for me with the short game and the putter,’ said Son. ‘I did miss a few short ones, but anytime you make par at this course, you feel like you’ve made a birdie.
‘The locals were not kidding when they said you have to get to know the course. It’s incredibly tight and anything that goes even slightly off-line is punished.
‘Jade was having the sort of day I had in the second round on the front nine, but she rallied hard to finish second. This course has been a real learning experience and is has been an adventure I will treasure for a long time to come.’ Van Wyk, a fellow scholar at Curro Aurora, began his final round three strokes behind former professional Franck Michel and one shot ahead of Bassin Bleu’s Johan Mouniama.
The Ernie Els and Fancourt Foundation golfer cancelled a bogey start with a birdie at the third and had a bogey-birdie combination at the sixth and seventh holes. He dropped two shots at the ninth and turned two over.
Van Wyk dropped shots at the 12th, 14th and 16th to sign for a 77 and a share of joint second with Mouniama. The pair finished six strokes behind Michel – the runner-up in 2014 – who closed with a 74 to claim a popular home victory.
‘I had a couple of unlucky bounces and I struggled with the pace of the greens, especially on the back nine,’ said Van Wyk said. ‘It was completely the opposite of the second round, where I putted really well for a 72. It was a great experience, though, and I enjoyed watching Franck out there.
‘His local knowledge helped him to pick the right spots, but his iron play and short game was really good and he was very solid with the putter.  I was very accurate tee to green, but I feel like I let myself down a little with my short game.’ Hayden Garcia closed with a 79 to finish sixth, while fellow Western Province amateur Drew Denyer vaulted to joint seventh with a final round 74.
Dylan Kok had a quadruple and two double bogeys on his card, but despite an 84, still finished a credible 13th.
Fellow Gauteng North golfer Jan-Louis Nel closed with an 81 to tie for 21st and Western Province’s Vusi Makebe was absolutely thrilled to break 80 and even more pleased that his final round 79 lifted him into the top 30 in the final standings.
Van Wyk said the group of eight South Africans thoroughly enjoyed the experience. ‘It was the first time for most of the group to travel outside of South Africa’s borders,’ the 16-year-old Ruimsig golfer said.
‘It was quite an adventure to arrive in a country where very few people speak English, to face such a tough course that is nothing like the courses we’ve played back home and to be in a place where things are done very differently to what we are used to.
‘This trip really took us out of our comfort zone and tested us, but we have enjoyed it very much.
‘The hospitality has been fantastic and we were treated very well. I think it would be great if more of our top juniors could compete, because the French really enjoy the competition and we learned so much, as well.’ The eight players will enjoy a sight-seeing trip of Reunion on Tuesday, including a visit to the island’s famous volcano, and will challenge the French Junior squad in a match on Wednesday before they return to South Africa. 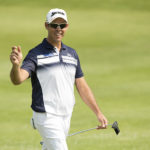 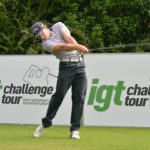 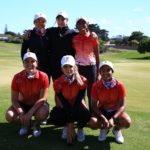 Gauteng A steamroller over Southern Cape in Mossel Bay

Tokyo looms, again, We don’t know for sure in what shape of form the Olympics and Paralympics will take place in July to September and if anything 2020 taught us to take nothing for granted. What we do know is that if Tokyo 2020 +1 does go ahead, it will do so against a new-found back drop where simply taking… END_OF_DOCUMENT_TOKEN_TO_BE_REPLACED