Our top-ranked women’s tennis player, Chani Scheepers failed to make it past the qualifying rounds of the BNP Paribas Open tournament in Indian Wells, California on Wednesday.

Seeded sixth in qualifying, Scheepers went down to Japan’s Misaki Doi in straight sets, 5-7 4-6. Now ranked 81st on the WTA rankings, three down from last week, Scheepers was up as high as 68th earlier this season. Doi is currently ranked 119th.

Good news for Scheepers’ South African countryman Rik de Voest though is that he has qualified for the main draw. Seeded 13th in qualifying he beat American Bobby Reynolds in straight sets, 6-3 6-3 and takes on Spain’s Pere Riba, a player ranked 90 spots higher than him, in the first round proper.

But Izak van der Merwe and Raven Klaasen lost in the second round of qualifying, both to Australian players. Van der Merwe went down to Matthew Ebden 6-4 7-5 and Klaasen was knocked out by Marinko Matosevic 7-6 (4) 6-4.

Our top-ranked men’s player, Kevin Anderson will be in first round action when he takes on American qualifier Michael Russell, ranked 89th in the world compared to Anderson’s 40th. 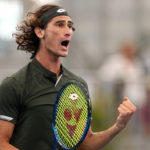 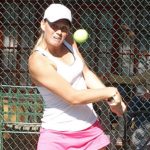 Kevin out in quarters

Tokyo looms, again, We don’t know for sure in what shape of form the Olympics and Paralympics will take place in July to September and if anything 2020 taught us to take nothing for granted. What we do know is that if Tokyo 2020 +1 does go ahead, it will do so against a new-found back drop where simply taking… END_OF_DOCUMENT_TOKEN_TO_BE_REPLACED