Charl Schwartzel of South Africa has reportedly told golf officials he will skip the Olympics.
The former Masters champion, now ranked 20th in the world, is the second South African in the last week to pull out of this summer’s Rio de Janeiro Games, according to Associated Press.
Louis Oosthuizen (ranked 13th) pulled out last week, citing family and scheduling issues.
Adam Scott and Vijay Singh previously said they won’t be playing. That’s four major champions who already have withdrawn as golf returns to the Olympics for the first time since 1904.
PGA Tour spokesman Ty Votaw says Schwartzel informed golf officials last week.
Schwartzel was a strong candidate to make the team once Oosthuizen withdrew. That means Jaco Van Zyl would be next in line for South Africa. 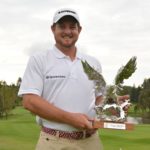 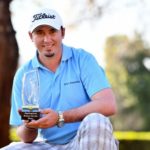 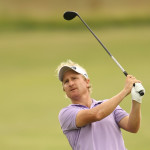 Curlewis weathers the storm to lead Eye of Africa

By GARY LEMKE in Tokyo On the third day of staying in the Paralympic village bubble “it” finally dawned on me. “It” wasn’t the sheer visual aspect of the 4 000-plus Paralympians with disabilities all in the same environment of towering 17-storey apartments and surrounded by a 4km perimeter fence. Admittedly, that is the initial and most common conclusion of… END_OF_DOCUMENT_TOKEN_TO_BE_REPLACED