South Africa’s Ashleigh Simon recorded a season’s best tie for 22nd in the Shoprite LPGA Classic in New Jersey on Sunday to take some great form into the season’s second Major – the KPMG Women’s PGA Championship – this week.
She opened with an even-par 71 at the Stockton Seaview Golf Club, while fellow South African Paula Reto grabbed a share of the three-way lead with a first round 64. Simon rallied with four birdies on the back nine for a 69 and defied strong winds on the last day to reel in four birdies on the inward stretch for a 67 to finish at six-under-207.
The 27-year-old Simon missed the cut in her first three starts this season, but ended the run with a tie for 23rd in the Volunteers of America Texas Shootout in April.
Ties for 45th and 27th in her next two starts moved her into the top 120 and the $13,995 pay day in New Jersey saw Simon vault to 103rd in the LPGA Tour’s Official Money List and she is delighted to be heading to Washington on the back of another solid week.
‘I was very happy with the last 27 holes,’ said four-time Sunshine Ladies Tour champion. ‘I went three under on the back nine to make the cut and four under in the final round to move up on the leaderboard.
‘It’s great to have some consistency back, because that’s what I’ve been working towards. Every time you get it right, your confidence builds and you take that to the next event. We’ve just tried to keep things simple and let the results take care of itself, instead of pushing all the time.’
After her hot start, Reto slipped from contention with a 75 that included a pair of double bogeys and three more dropped shots, but the 26-year-old Florida resident clawed her way to a tie for 31st with a final round 69.
She cancelled a double bogey at the second with birdies at three and five, and erased another double at six with birdies at nine and 11 before signing off with a birdie-birdie finish.
Bertine Strauss made it a three-for-three finish for South Africa with rounds of 70, 71 and 82 for a 75th place finish.
Although the Koster golfer spoiled her good performance with the three double bogeys in the final round, ending a run of four missed cuts will definitely boost her confidence for her first Major appearance this season alongside Simon, Reto and LPGA winner Lee-Anne Pace on Thursday.
Sweden’s Nordqvist entered the final round in sole fourth and two shots off the lead, but pulled off a successful title defence with a flawless 64, defeating two-time champion Haru Nomura by one shot. 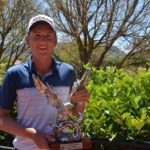 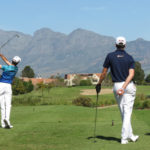 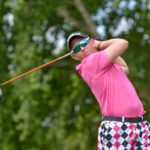 Southern Cape on the move in Buffalo City

Tokyo looms, again, We don’t know for sure in what shape of form the Olympics and Paralympics will take place in July to September and if anything 2020 taught us to take nothing for granted. What we do know is that if Tokyo 2020 +1 does go ahead, it will do so against a new-found back drop where simply taking… END_OF_DOCUMENT_TOKEN_TO_BE_REPLACED