In another sporting honour for South Africa, the country will become the first African nation to host the wheelchair tennis World Cup from 25 April to 1 May.

The 27th edition of the illustrious competition, which falls under the auspices of the International Tennis Federation (ITF), will be played at the University of Pretoria.

“This is the ITF’s flagship wheelchair tennis team event and it is an honour for us to be given the rights to host it,” said Tournament Director Holger Losch of Wheelchair Tennis South Africa (WTSA).

ÔÇ£With all the recent positive publicity, South Africa has become a popular destination and we are expecting the best players in the world to come to this tournament.ÔÇØ

With much at stake, all nations will have plenty to play for to secure their positions in the following year’s tournament.
The altitude is a major factor in Pretoria and it will be essential for all players to acclimatise. An additional ITF wheelchair tennis event, the Airports Company South Africa South African Open, is being held the week prior to the World Team Cup at Sun City.

South Africa will take part in all four events, having qualified for Men’s World Group II and received a wild card into the other three categories.

Wheelchair tennis is currently receiving widespread international coverage, with women’s world No 1 Esther Vergeer twice the recipient of the prestigious Laureas Award for Sportsperson with a Disability. 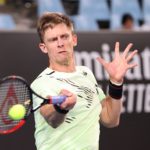 Anderson goes down in five sets

Moodie on the move

By GARY LEMKE in Tokyo On the third day of staying in the Paralympic village bubble “it” finally dawned on me. “It” wasn’t the sheer visual aspect of the 4 000-plus Paralympians with disabilities all in the same environment of towering 17-storey apartments and surrounded by a 4km perimeter fence. Admittedly, that is the initial and most common conclusion of… END_OF_DOCUMENT_TOKEN_TO_BE_REPLACED