The All Africa Games silver medallist, she had a comfortable win in Potchefstroom and her confidence is clearly growing in her comeback after a lengthy break due to illness and injury.

“It was still a very tough race for me,” said Steyn, 27, on Wednesday. “My legs were feeling tired (but I had a hard week of training ÔÇô so guess I could have expected that)

“Carlyn, Vicky [Vd Merwe] and Kim [Battson] had a good swim and exited the water about 25 seconds ahead of us! I caught up with them at about 6km into the cycle and tried to get away several times but was unsuccessful.”

“So we all got off the bike together!! Carlyn was running next to me but I knew my running was definitely stronger than at All Africa Games. I got a small gap after about 800m into the 5km run and managed to slowly but surely make the gap bigger so I was very happy to win.

“Now I’ve got the Momentum Health i-flex national indoor duathlon event where all the top elite men and women will compete against each other.”

That event takes place at the Planet Fitness Centurion Gate MegaClub in Gauteng and pits elite men, women and members of the corporate challenge up against each other and being filmed on SuperSport. Distances involved are a 2km track run, 15km stationery bike, 3km treadmill and 400m track run with R2500 up for grabs to the winning elite man or woman.

Pretorius pulls out all the stops in PE 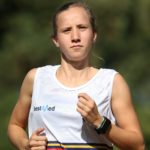