Bertine Strauss stretched a one-shot overnight lead to a five-stroke advantage with a steely one under 71 to line up a hat-trick of Sunshine Ladies Tour victories in the Chase to the Investec Cup for Ladies Final on Friday.
Strauss mixed six bogeys, including a trio at eight, nine and 10, with seven birdies in the second round to keep pole position at four-under-par 140.
She will start the final round well clear of Ashleigh Simon and South Korean rookie Carrie Park, who tied for second after respective rounds of 72 and 75.
Strauss was pleased to keep command of the season-finale, given the tougher set-up at Millvale Private Retreat compared to round one, when she posted a three under 69.
‘The set-up was a lot tougher today and the greens definitely firmed out a bit,’ said the 24-year-old novice. ‘It didn’t actually feel all that tough when I was playing, but looking back at the round there were definitely some tricky pin placements.’
Strauss birdied the first, dropped the second but rallied with birdies at five and six to stay in front. She reeled in further gains at 11, 14 and 17 to negate the mid-round stumble but surrendered a final shot at the tough par four 18th.
‘If someone told me this morning that I could have a five shot lead, I would have jumped at it and run away,’ said Strauss. ‘To be perfectly honest, the bogeys I made were not really due to the set-up. I made silly mistakes and I had a couple of three putts that threw me off my game. I managed to hole some birdie putts on the back nine to get back on track.
‘I didn’t feel as comfortable out there as in the first round, but it looked like everyone was struggling. I had a bit of a tough time, but at least I managed to stay ahead of the pack. A five shot lead is about as good as it gets and I’m looking forward to see how I can finish it off.’
Chase to the Investec Cup leader Lee-Anne Pace neutralised five bogeys with a trio of birdies for a 74 to grab a share of fifth on three over 147, but the nine-time Sunshine Ladies Tour champion will have to pull out the stops on Saturday.
Her biggest rival for the lion’s share of the R1-million Bonus Pool, number two ranked Monique Smit, showed tremendous tenacity to reverse a potentially disastrous start to her second round to sign for a 76. She sits in fourth at 146. 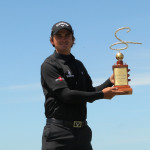 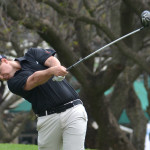 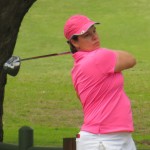 Two-time champion Winter on a roll in George

Tokyo looms, again, We don’t know for sure in what shape of form the Olympics and Paralympics will take place in July to September and if anything 2020 taught us to take nothing for granted. What we do know is that if Tokyo 2020 +1 does go ahead, it will do so against a new-found back drop where simply taking… END_OF_DOCUMENT_TOKEN_TO_BE_REPLACED