A slow starter this year, her silver at the Rome leg of the Diamond League last week served notice that she’s hitting her straps at just the right time.

She was an obvious inclusion in Team South Africa at Wednesday’s team announcement for the Olympic Games later this year and her latest achievement puts her right up into Games medal contention.

Olympic champion Barbora Spotakova was runner up with a 68.73 season’s best.

Before last night her 67.95 silver effort in Rome last week was her best of the season.

Other South African attempts on Saturday night were overshadowed by Viljoen.

Bladerunner Oscar Pistorius continues to fall short in his effort to run down an international A standard qualifer in the 400m.

Already having done that on local soil, his 46.14sec seventh place finish on Saturday was 0.84sec outside the mark as the Dominican Republic’s Luguelin Santos won in 45.24.

In the women’s 800m, in-form Ethiopian Fantu Magiso continued to serve notice that she’s the one to beat at the Olympics when she celebrated her 20th birthday with an impressive 1:57.48 win. World champion in 2009 and silver medallist in 2011, our Caster Semenya would have taken good notice of her rival’s good form. 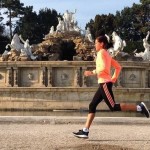 Fine-tuned Kalmer hopes to be on song for Vienna Marathon 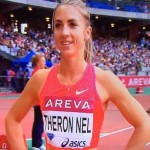 Nel looks to celebrate with a solid showing in Sweden

By GARY LEMKE in Tokyo On the third day of staying in the Paralympic village bubble “it” finally dawned on me. “It” wasn’t the sheer visual aspect of the 4 000-plus Paralympians with disabilities all in the same environment of towering 17-storey apartments and surrounded by a 4km perimeter fence. Admittedly, that is the initial and most common conclusion of… END_OF_DOCUMENT_TOKEN_TO_BE_REPLACED