Team South Africa’s 2016 Paralympic Games campaign took another step forward in Rio de Janeiro close to midnight on Wednesday (SA time) with a spectacular opening ceremony.
The ceremony was at the iconic Maracana Stadium, the same stadium used for the Olympic Games last month.
Numbering 45 in total, Team SA are smaller team than 2012 in London, but just as proud of heart and with heaps of spirit, were the second team into the stadium.
In an unusual and very real aspect to the ceremony, bright lights were used to temporarily ‘blind’ the crowd in an attempt to drum home to spectators the reality that Paralympic athletes face, forcing them to rely on other senses such as hearing.
As usual some of the team-members missed out on the magic moments as competition is scheduled to get underway on Thursday.
The first South African in action (and let it be said, a very real medal contender) in the pool is Port Elizabeth’s Kevin Paul, a ‘veteran’ Paralympic campaigner. Now living in Durban where he trains under national coach Graham Hill, Paul goes off in the 100-metre breaststroke heats (SB9 classification). That’s at 3.17pm SA time and he’ll be followed by new kid on the block, Alani Ferreira.
Also from KwaZulu-Natal, Ferreira is in action in 100m butterfly (S13) heats at 5.16pm.
Finals for both events make for red-eye stuff, Paul at 11.06pm and Ferreira even later at 12.46am on Friday.
Two other codes see action today, in the shape of athletics and cycling.
Three athletes line up, with Hilton Langenhoven in the T12 400m heats (4.56pm) and semi-finals (11.38pm SA time), Paralymic debutant Mphumi Mlongo and another ‘veteran’ Arnu Fourie in the T44 100m heats (10.42pm) and Liezel Gouws in the T37 100m heats (12.51am)
Roxy Burns is the lone cyclist and her qualifying round of the individual pursuit (C1-3) is at 3pm on Thursday afternoon and if she goes through to the final she’ll be in the saddle once more at 9.30pm 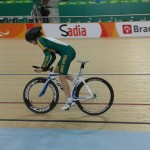 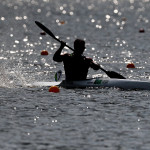 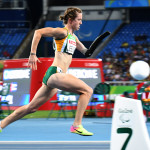 Liebenberg bounces back from surgery to seal silver for Team SA

Tokyo looms, again, We don’t know for sure in what shape of form the Olympics and Paralympics will take place in July to September and if anything 2020 taught us to take nothing for granted. What we do know is that if Tokyo 2020 +1 does go ahead, it will do so against a new-found back drop where simply taking… END_OF_DOCUMENT_TOKEN_TO_BE_REPLACED