And while there was nothing to write home about in terms of times and distances at a Gyulai Istv├ín Memorial meeting plagued by gusting winds it was all good, solid preparation for the Glasgow Games.

Akani Simbine and Wayde van Niekerk were involved in track action over 100 and 400 metres respectively and Victor Hogan took part in the discus event.

Bloemfontein’s Van Niekerk was timed at 45.71 but wasn’t unduly worried. “I’m satisfied with my run.. still moving forward and keeping focused,” he told Road to Rio 2016.

Then it was Simbine, the man who threatened the 10sec barrier at national champs earlier this year with his 10.02sec runners-up spot to Simon Magakwe.

He took fourth spot behind veteran Kim Collins of St Kitts and Nevis who won in 10.31. Simbine, 17 years younger than the winner, ran a 10.50.

“Its okay I guess, I’m actually more happy with the position,” was Simbine’s comment after his race. “The body all feels good actually. I’ve got one more meeting now, Lucerne, Switzerland on 15 July and then I prepare for the 100m in Glasgow.”

Meanwhile inside the track arena, Victor Hogan was heaving his way to seventh spot in 59.66m.

That’s well off his personal best of 65.33 that he threw in Italy last year and also behind his season’s best of 63.47 at the New York leg of the Diamond League.

But the big man from Kleinmond was honesty personified as he looked for reasons behind his form as Hungary’s Zoltan Kovago won in 64.72.

“I don’t know what to say reallyÔÇª Round One and Two there was a bit of rain but really, that wasn’t the problem. I know everyone always wants a reason why it didn’t go well…but yeah, I just pitched up and it wasn’t my day and the body was in ‘error’ mode,” he told Road to Rio.

“But I’m really looking forward to Commonwealth, I’ll ease up in the gym for the next two weeks because I’ve been training hard. Hopefully at the end of the discus final it will all work out!”

National 100m hurdles champion Rikenette Steenkamp was scheduled to start her specialist race at the same meeting but failed to start. She explained: “Everything’s OK it was raining very badly and I also ran a race two days ago in Padova so the body’s a bit sore so I decided to rather play safe and pull out. For me African Championships is a bigger priority right now.

Also in Padova, another Commonwealth Games bound athlete was in long jump action. Ruswahl Samaai leapt a 7.89m on his second jump to take honours.

“Won my first competition in Lignano, Italy in the worst conditions. Although the conditions were bad, I’m satisfied,” he said. “Have to give praise and glory to the God who blessed me with an amazing talent.” 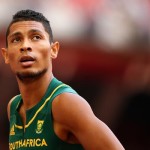 Kalmer heads east for another crack at Yokohama Marathon

By GARY LEMKE in Tokyo On the third day of staying in the Paralympic village bubble “it” finally dawned on me. “It” wasn’t the sheer visual aspect of the 4 000-plus Paralympians with disabilities all in the same environment of towering 17-storey apartments and surrounded by a 4km perimeter fence. Admittedly, that is the initial and most common conclusion of… END_OF_DOCUMENT_TOKEN_TO_BE_REPLACED