An inexperienced South Africa men’s hockey team dominated a full-strength Austrian side but still went down 2-1 in the hotly-contested third Test match at Queensmead in Durban on Thursday night.
Jon Cook reports that South Africa opened the scoring in the 14th minute through a superb Shannon Boucher flick from a penalty corner (PC) variation while Austria’s goals came via a Florian Steyrer PC in the 30th and Michael Minar who nailed the winner in the 46th.
The result means that Austria have clinched the series 2-0 with just the fourth and final Test match still to play – at the same venue at 1pm on Friday. The first Test was drawn 1-1 while Austria won the second Test 4-3.
And despite the series already having been decided, this SA team – with more than a dozen new caps – owe it to themselves to end this thrilling week of international hockey on the winning side.
A further incentive is that it would be a great way to honour South Africa’s Sheila Brown, who was Thursday named tournament director of the Rio 2016 Olympic Games hockey event.
The third Test was an exhilarating contest from the outset, SA’s Richard Pautz getting a half-chance before some superb stickwork by Andrew Manson set Pautz up for what would have been a brilliant goal. In the 13th minute Austria’s Patrick Schmidt shook off tackles to win a penalty corner but Matthias Podpera couldn’t get enough purchase on his drag-flick.
SA broke away, ultimately winning a PC, the variation left resulting in Boucher spearing a beautifully timed flick past goalkeeper Mateusz Szymczyk that threatened to burst the net for a 1-0 lead to the men in green and gold in the 14th minute. The goal came with just one minute left in the first chukka, hockey now being played in four 15-minute chukkas.
Into the second chukka and SA were immediately on the attack, Austrian defender Fabian Zeidler showing immaculate composure and skill to deny a dangerous offensive – and that was not the end of it as the Europeans broke away to set up what appeared to be a certain goal for Pit Rudofsky but SA captain for the day Jethro Eustice dived full length to effect a remarkable save centimetres from the goalline.
The end-to-end action did not let up and captain in the first two Tests – SA’s most experienced player in a very inexperienced, untried side, Jonty Robinson, came agonisingly close to getting on the scoresheet.
The Austrians were feeling the pressure and SA were again within sight of extending their 1-0 advantage, but as so often has happened in this series the Europeans – at full-strength on this tour – came away, won a PC and Steyrer steered the equaliser into the backboard with just 20 seconds of the second chukka left (1-1 in the 30th minute).
The cut-and-thrust continued until Austria worked hard to win a PC with five minutes left of the third chukka but Robinson and Robin Jones did superbly to clear the danger. SA broke out within a second and replacement Austria keeper Ben Melic showed great presence of mind to foil a first-rate scoring opportunity.
Minutes later SA again came within a whisker of scoring as Austria battled to get out of their defensive third, but the visitors were not done yet and Eustice was again on hand to clear the threat at the other end.
Disaster struck SA one minute into the fourth and final chukka when Minar found the time and space to set his base before lashing a shot into the net (2-1 in the 46th minute).
Tempers flared shortly after, as the tension mounted, and SA were down to 10 men for a time, but the mood improved when a flying Brandon Panther was not far off from levelling the scores.
With five minutes left in the match the SA players combined brilliantly on attack and appeared absolutely certain to score but once again the Austrians managed to survive. As the clock ticked down, tempers threatened to get totally out of control near the subs’ bench and in the dying seconds SA were once again achingly close to equalising, only to be denied. 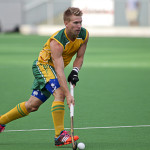 SA men’s indoor side named to take on All Stars

By GARY LEMKE in Tokyo On the third day of staying in the Paralympic village bubble “it” finally dawned on me. “It” wasn’t the sheer visual aspect of the 4 000-plus Paralympians with disabilities all in the same environment of towering 17-storey apartments and surrounded by a 4km perimeter fence. Admittedly, that is the initial and most common conclusion of… END_OF_DOCUMENT_TOKEN_TO_BE_REPLACED