Jobodwana, who ran the 200m final against Usain Bolt in the London Olympics last year, is based at Jackson State University, Mississippi.

He’s run a few indoor meetings but the recent 100m at the Louisiana State University track in Baton Rouge was his first individual outdoor effort.

Jobodwana was in action again over the weekend and there was more success. “I ran 10.13sec but with a 2.1 wind. I’m only doing the 200m in two weeks time.” 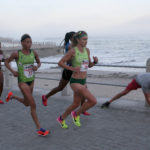 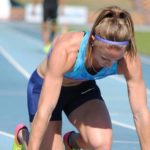 Brussels behind her, Nel says she’ll bounce back