Tshwane University of Technology (TUT) took honours in the longer races at the recent USSA cross-country championships held in Potchefstroom, North West while the rest of the titles were spread amongst the other contesting tertiary institutions.

In the shorter races, University of Johannesburg’s Nolene Conrad won the women’s race in 14:10 and Pukke’s Elroy Gelant took the men’s title in 11:43.

The road relay bragging rights went to UJ in the women’s and TUT in the men’s race with combined team times of 22:16 and 52:32 respectively. 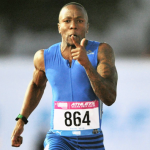 Simbine scorches to another 100m victory

Rene’s the one to catch

Tokyo looms, again, We don’t know for sure in what shape of form the Olympics and Paralympics will take place in July to September and if anything 2020 taught us to take nothing for granted. What we do know is that if Tokyo 2020 +1 does go ahead, it will do so against a new-found back drop where simply taking… END_OF_DOCUMENT_TOKEN_TO_BE_REPLACED