Pistorius, known as the “Blade Runner,” hopes to qualify for the able-bodied world championships in Daegu, South Korea, later this year.

He also hopes to compete for South Africa in next year’s London Olympics as well as the Paralympics.
Pistorius runs on carbon-fibre prosthetic limbs. 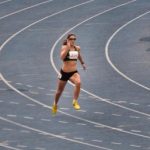 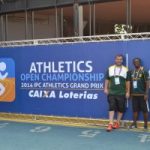