Victory in Ottawa sees our Paralympic legend Ernst van Dyk on target for a great Chicago Marathon on Sunday.

Van Dyk has had a great 2013 with impressive results on the world’s marathon circuit as well as in the hand-cycling division in Europe and at World Championships in Canada.

But he hasn’t been in his racing wheelchair for some while now so victory in the Rolling Rampage 10km was as good for his head as it was for his body.

“I haven’t competed in my chair since I was third in London in April,” said Van Dyk from the United States. “The race in Ottawa as something I decided to do as warm-up.

“We had a very strong field here but the main character for me was Josh Cassidy who broke my marathon record in Boston last year. The 10k is a criterium style race of 18 laps around Parliment Hill right in front of the parliamentary building. With a gazillion kids out supporting us (they had a kids relay race in the morning) it set the stage for a brilliant racing atmosphereÔÇÄ.”

But Van Dyk had little time to lap up the atmosphere as the course is an extremely technical one with a myriad high speed turns. “I knew it was going to be about skill and acceleration,” he told Road to Rio 2016.

“I made a move early and built a lead of 40m. I sustained that until I could see Cassidy had dropped the pack and then waited for him. When he caught up to me he immediately attacked me so I just followed him. After a few laps I took the lead but he attacked me again. So I just stayed behind him and made my move in the sprint and put five seconds onto him.”

“So next stop is Chicago. This was a good test and confidence builder for the weekend.”

Surprisingly in his global travelling, Van Dyk has only once raced Chicago where he ended fourth after his steering broke midway. “I’ve got a good feeling about Sunday… yesterday was way too easy.” 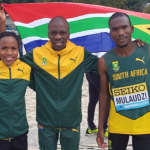 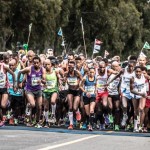 Cape Town Marathon aims to up its game still further

Olivier aims to keep up the momentum in Moscow

Tokyo looms, again, We don’t know for sure in what shape of form the Olympics and Paralympics will take place in July to September and if anything 2020 taught us to take nothing for granted. What we do know is that if Tokyo 2020 +1 does go ahead, it will do so against a new-found back drop where simply taking… END_OF_DOCUMENT_TOKEN_TO_BE_REPLACED