The real Bianca Zoonekynd stood up to be counted at the World Games here on Wednesday.

Sixth in the tumbling final on Tuesday evening, Wednesday saw the preliminary routines for the double mini-trampoline event, something that Zoonekynd has bossed on the South African scene.

Tumbling isn’t her main strength right now but the double mini certainly is and she opened her routine with a competent score of 32.300 that saw her place fifth after the first of two ranking rounds.

The next round saw her upping the tempo and her 34.200 was the highest of both rounds, giving her a total of 66.500. That in turn saw her sitting pretty in second spot.

It could have been better for the Port Elizabeth powerhouse if it hadn’t been for a slip-up in the first routine. “She had the wrong dismount after having to correct at the last minute,” said mother and coach Mandy after the competition.

“It could so easily have been a score of 35 or 36 had the dismount been spot-on but we would have taken the top three for the preliminaries. All eight girls qualified for the final in any case but this was basically to just sort out the starting order which is important.”

As for Wednesday night’s final?

“Let’s hold thumbs. She’ll be looking to up her difficulty factor to a level of eight and there are no girls here that are currently performing at that level so hopefully everything will come together,” said Zoonekynd senior. 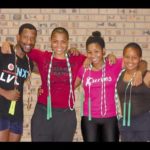 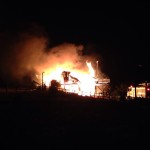 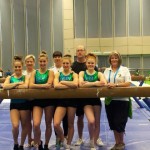 SA gymnasts ready to strut their stuff in China

By GARY LEMKE in Tokyo On the third day of staying in the Paralympic village bubble “it” finally dawned on me. “It” wasn’t the sheer visual aspect of the 4 000-plus Paralympians with disabilities all in the same environment of towering 17-storey apartments and surrounded by a 4km perimeter fence. Admittedly, that is the initial and most common conclusion of… END_OF_DOCUMENT_TOKEN_TO_BE_REPLACED