Bridgitte Hartley, the country’s current golden girl of canoeing, is on top of the world today.

A member of SASCOC’s Olympic OPEX squad for London, 2012, sprint kayaker Hartley excelled at this year’s three World Cup regattas, proving to be in a class of her own. And her reward is the ICF’s top World Cup ranking.

She accumulated a total of 40 points over the three World Cup events in Racice (Czech Republic), Poznan (Poland) and Szeged, Hungary.

Her gold, bronze and seventh finishes over the Olympic distance of 500 metres saw her finish two points ahead of five-time Olympic medallist Katrin Wagner-Augustin with Denmark’s Henriette Engel-Hansen another eight points back in third.

The Richards Bay athlete, currently training in Pretoria, heard the news online and was over the moon. “Apparently, yes, it can get more amazing. I’m ranked NUMBER ONE. Wow! I just wanted to scream and cry together but the internet cafe was not the most appropriate place to do this.”

“I am really elated that I not only achieved my goal set out for this year so far of a top three world ranking, but┬áI actually over-achieved it!
“There are a few major ingredients which have helped me rise to the occasion and achieve such success so far this year. The biggest ingredient is Nandor Almasi, my coach; I put complete faith in him this year, so my results are pretty much his results as well!
“Another ingredient is Peptopro (the protein peptide) which I started adding to my FIT supplements since December.┬á I really think it’s helped me recover better between and after my sessions.
“Also the HPC (high performance centre) in Pretoria have an amazing facility set-up for athletes and Roger Barrow and the rest of the team there have supported me this year with sport and medical unit facilities which is a major help in an athlete’s training path.┬áJulia Thomas has been a fantastic physio, full of enthusiasm, and helped a great deal during training camps and races.

“The National Lottery Distribution Trust Fund has also been a major ingredient so far.

Hartley’s next competition is the SA marathon selection trial in Plettenberg Bay next weekend where she’ll race K1 and K2 (with Beijing partner Michele Eray) and in just less than two months its the Sprint World Championships in Dartmouth, Canada. 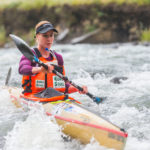 Drak by numbers – all the facts and figures 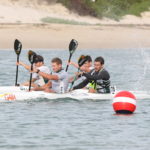 Birkett, McGregor team up for another super win

Tokyo looms, again, We don’t know for sure in what shape of form the Olympics and Paralympics will take place in July to September and if anything 2020 taught us to take nothing for granted. What we do know is that if Tokyo 2020 +1 does go ahead, it will do so against a new-found back drop where simply taking… END_OF_DOCUMENT_TOKEN_TO_BE_REPLACED