The South African Open Championship has always enjoyed a rich history of amateur participation and the 2018 edition at Glendower Golf Club from 11-14 January will once again feature the cream of South Africa’s amateur ranks.

‘Christo Lamprecht from Southern Cape won our flagship event in March and receives the automatic exemption. The other four exemptions for the 2018 BMW SA Open Championship, proudly hosted by the City of Ekurhuleni, have been allocated to Kyle McClatchie from Ekurhuleni, Jovan Rebula from Southern Cape, Boland’s Garrick Higgo and Malcolm Mitchell from KwaZulu-Natal.’

All five GolfRSA National Squad players were selected to represent South Africa this year and have certainly made their mark this season.

McClatchie, Rebula, Higgo and Lamprecht are the country’s top four ranked amateurs in the world, having risen to 126th, 158th, 202nd and 239th respectively in the Official World Amateur Rankings.

Higgo heads the SAGA Open Amateur Rankings, followed by McClatchie and Mitchell. Lamprecht, who is still only 16 years old, has climbed to fifth place.

‘The SA Open is the holy grail for South African golfers and we are extremely pleased to offer these amateurs the opportunity to test themselves in a championship of this stature,’ said Taylor. ‘I believe we have selected five deserving amateurs to share this experience.

‘Kyle [a 2014 Youth Olympian] won twice at home, lifted the English Men’s Stroke Play Championship title and qualified for the US Amateur, where he reached the match play stage. He once again wore the coveted green South African blazer when the South African national side took on the India nationals at Leopard Creek in the Fellowship Trophy test match.

‘Jovan, who was the top-ranked amateur when he left South Africa for Auburn University last July, finished his first season with three top-10s in 12 starts. He led his team with a joint 23rd finish at the NCAA Championship and this season, he leads the team with a 70.67 scoring average and he is ranked 43rd individually in the Golfweek/Sagarin Rankings.

‘Jovan played for South Africa in the the Eisenhower Trophy at the World Amateur Team Championships last year. He and Garrick were selected to represent South Africa in the 2017 Spirit International Amateur Golf Championship, but unfortunately the prestigious biennial event was cancelled due to the damage caused by Hurricane Harvey.

‘Christo and Garrick represented South Africa with great success in the inaugural Junior Presidents Cup, the Toyota Junior Golf World Cup and the All-Africa Junior Golf Championship. Christo also won the Lion of Africa Open, was the runner-up in both the Nomads SA Boys U-19 Stroke Play and Match Play events and has racked up three top five finishes on the Open Amateur circuit.

‘Garrick won the Cape Province Open earlier this year and cemented his spot at the top of the rankings with his victory in the recent Bobby Locke tournament. He gained a lot of experience playing the amateur circuit in the United States this year and excelled in the US Junior Amateur, where he reached the semi-final.

‘Malcolm notched a fistful of top three finishes on the Open Amateur circuit in addition to winning the KwaZulu-Natal Match Play and completing a hat-trick in the Ekurhuleni Open this season. He earned his first cap for South Africa in the Fellowship Trophy with Kyle and Christo, where he celebrated his debut with an unbeaten week at Leopard Creek.

‘In October, Malcolm and Garrick shared in South Africa’s eighth successive victory at the African Amateur Team Championship in Zimbabwe. Malcolm also represented South Africa in two events in Argentina last month with Matt Saulez, where he claimed a fifth place finish in the Argentine Open.

‘There are no guarantees of success in this game, so building experience is crucial. All five amateurs possess the physical skills; they all have a lot of game, but it is their commitment to want to learn and improve that is most impressive. The SA Open represents a wonderful opportunity to give these talented golfers the chance to gain experience playing top-flight golf against top professionals.’

GolfRSA Grant Hepburn added: ‘Amateur golf in South Africa is blossoming, but international competition remains paramount to the development of our golfers. It is an honour for this talented crop of players to compete in the BMW SA Open.

‘The opportunity to learn from the best and the experience of competing at the highest level will serve them well in the future. I have no doubt that they will represent South Africa and GolfRSA with pride.’

The amateur’s incentive will not be a share of the R15-million purse on offer, but instead they will be battling it out for the Freddie Tait Trophy, which is awarded to the leading amateur who advances past the 36-hole cut.

The class of 2018 will have a high standard to follow.

Among the last 15 winners of the Freddie Tait trophy, 10 have gone on to hit the international and local headlines as professionals. These include Major champions Trevor Immelman and Charl Schwartzel, European Tour winners Hennie Otto, Branden Grace, Dylan Frittelli and Brandon Stone, as well as Jean Hugo, Jake Roos and Peter Karmis, with multiple victories on the Sunshine Tour.

Thirteen Freddie Tait Cup winners have gone on to win the SA Open. 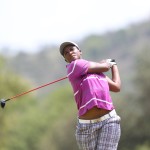 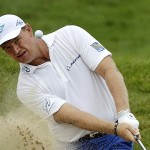 SA trio in with a shout at Whistling Straits 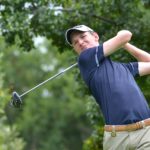 Saulez stays in the hunt at SA Stroke Play Championships