They were always going to be up against it in terms of the numbers game but South Africa’s small team of gymnasts upped their game on the opening day of women’s competition at the World Artistic Gymnastics Championships in Nanning, China.
With just one male gymnast, in the shape of Ryan Patterson, in the SA team, it was the turn of Commonwealth Games team members Claudia Cummins and Bianca Mann, Angela Maguire and ‘newbie’ Tylah Lotter to do their stuff.
The floor routine saw the quartet all doing clear rounds and that continued through the vault and bar.
‘Unfortunately the beam was our undoing,’ said manager Shirley Watson. ‘Three of the girls fell off.’
Explaining how the numbers game counted against SA she said: ‘It was hard with all four gymnasts’ mark counting for the team score. We need to work harder in getting the depth in the team and come to next world’s with seven top gymnasts.’
On the plus side though, is that all the gymnasts are injury-free and Cummins has got over a pre-competition bout of bronchitis.
‘The girls are all motivated to work even harder. It’s a very young team with only Claudia having been to last year’s World Championships in Belgium.’
Heartening for the sport is that Cummins and Mann both improved on their all-round score from the Glasgow Games.
‘Tylah also deserves a special mention for having a clean competition and scoring he highest all-round score.’
Lotter record a score of 49.799 for 93rd spot of 250 competitors. Next best was Cummins in 98th spot (49.198). Mann was 107th with 48.633 and then came Maguire in 119th (47.266). Top scorer was American Simone Biles with a tally of 59.599.
Only having four gymnasts meant that there was absolutely no room for error and South Africa’s tally of 194.896 put them in 33rd position of 38 teams although there was the consolation satisfaction of beating African gymnastics powerhouses Egypt who ended 36th.

In the picture above are (from left to right): Cummins, Lotter, Maguire and Mann 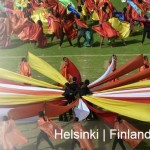 SA gymnasts out to wow the world in Finland

Tokyo looms, again, We don’t know for sure in what shape of form the Olympics and Paralympics will take place in July to September and if anything 2020 taught us to take nothing for granted. What we do know is that if Tokyo 2020 +1 does go ahead, it will do so against a new-found back drop where simply taking… END_OF_DOCUMENT_TOKEN_TO_BE_REPLACED