The South African team extended their lead in the third round of this year’s All Africa Golf Team Championships in Zimbabwe on Thursday.

And as soon as the day’s ‘work’ was over, the defending champions turned their attention to the future stars of the game.

‘We hosted a golf development clinic for youngsters from a nearby school,’ said Clayton Mansfield. ‘It was fantastic to watch these kids. It was 36 degrees in the shade, but they were so enthusiastic and so eager to learn. You couldn’t help but get fired up to show them basics and it felt pretty good seeing them embrace everything we taught them.’

After combining for a third round 216, the South African team leads Zimbabwe by 22 strokes on a team score of 636.

Mansfield promised to make up for his non-counting first round. For a second day running, the KwaZulu-Natal golfer anchored the team at Elephant Hills Golf Club with a one-under-par 71. Garrick Higgo carded 72 and Malcolm Mitchell posted a 73.

‘I had a poor second round, but I’m glad I could turn it around nicely,’ said Higgo. ‘Now I’m excited at the prospect of chasing Malcolm for the Individual Honours in the final round on Friday.’

Mitchell tops the Individual Competition leaderboard on eight-under-par 208 and he will sleep on a five-shot lead over Issa Abu Al Ela from Egypt and Zimbabwean David Amm.

‘It’s great to be playing good golf when you are representing your country, but I must say that I am enjoying the team’s performance much more than my own,’ he said. ‘And the development clinic was a pretty special experience and definitely one of the highlights of this trip.’

Higgo sits in fourth at one over and Mansfield climbed to a tie for fifth at three over. The fourth member of the team, Matt Saulez, returned a non-counting 76 to tie for 10th.

‘It wasn’t my best effort today, but I’m excited to bring in a good score tomorrow,’ Saulez said. ‘It would be fantastic if the whole team could finish in the top 10 this year, while defending the title.’

South African Golf Association vice-president Naadir Agherdien said the quartet have been superb ambassadors for South Africa. ‘All four of these boys personify the adage that hard work pays off and their discipline on and off the course is unrivalled,’ he said.

‘I’m sure that after playing in scorching heat at the back of the field, they would rather have gone to cool off in the pool, but they stepped it up when a golf development clinic was scheduled and did a stellar job. They have been brilliant ambassadors for South Africa.’ 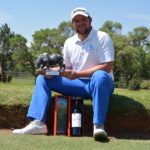 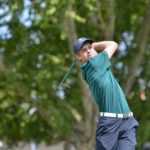 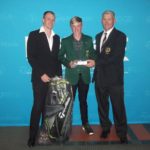 Schaper seals his spot at ERPM

Tokyo looms, again, We don’t know for sure in what shape of form the Olympics and Paralympics will take place in July to September and if anything 2020 taught us to take nothing for granted. What we do know is that if Tokyo 2020 +1 does go ahead, it will do so against a new-found back drop where simply taking… END_OF_DOCUMENT_TOKEN_TO_BE_REPLACED