Head coach Gregg Clark’s somewhat battered and bruised South Africa men’s hockey team face another massive test of their mettle when they take on Belgium in the final Pool A match at the Champions Challenge tournament at Randburg Hockey Stadium on Tuesday.

The match, with the opening whistle scheduled for 5pm, is being televised live on SuperSport, which presents a rare opportunity for captain Austin Smith’s team to play a home match before a live television audience in their own country.

The impressive Belgian line-up, who have already qualified for the London 2012 Olympics, look one of the better organised sides at Randburg and after their 3-3 draw with the equally impressive India line-up in their opening match on Saturday, they beat Poland 7-3 on Sunday.

SA were involved in the match of the tournament against India on Sunday, a highly-charged struggle in which the score changed hands and play swung from goalmouth to goalmouth throughout. However, with the score reading 4-4 with eight minutes left, the dice went India’s way and they ran out 7-4 winners.

“We did incredibly well to get back in it at 4-4,ÔÇØ Clark said afterwards. ÔÇ£This is part of the learning process for our young squad and allowed us to look at what options work and what doesn’t.ÔÇØ

On Saturday, SA put together a polished performance to beat Poland 3-1, notching two goals from three penalty corner opportunities, but after the initial PC success, which saw SA take the lead against India, the corners didn’t work.

Gareth Carr, who took an awful blow to the forehead from an Indian stick, had 14 stitches afterwards and went for a precautionary X-ray. It is hoped that the SA defender will have recovered in time to take on the Belgians.

Win or lose, SA are assured a berth in Thursday’s 5.30pm quarter-final. This is due to the experimental rule brought in by the International Hockey Federation (FIH) for the 2011 Champions Challenge tournaments.

And while it cost the Investec SA women’s side ÔÇô who topped Pool A in their Champs Challenge tournament in Dublin in June ÔÇô a place in the semi-finals following their defeat by Pool B stragglers Spain after a hotly disputed quarter-final golden goal, it may just work in the SA men’s favour in Randburg.

And the stakes are high. In Bulawayo, Zimbabwe two months ago, the SASCOC were not satisfied with the quality of the opposition in SA’s Olympic Qualifier tournament win for the African continent’s Olympic berth and set the team the goal of reaching the Champs Challenge final in Randburg to warrant a place in the Team South Africa contingent for London next year.

If SA don’t make the gold medal match in Randburg, their last chance for London is to win gold at the final Olympic Qualifier tournament in Japan in April/May next year.

The latter is not a pretty prospect. 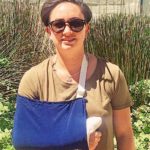 Manuel recovers after her Continental Cup is cut short