Justine Palframan may not have been too badly affected by Hurricane Sandy as it clawed its way across the Caribbean but our national 400-metre track champion is training up a storm of her own in Jamaica.

It’s young Palframan’s second trip to the region, this being a far longer stay of more than two months compared to just two weeks at the beginning of the year.

Since her first Jamaican jaunt she went on to win the 200 and 400m titles at SA junior championships as well as annexing the senior 400m title at national championships, proof of the changes even a trip of such short nature can bring about. So when adidas helped provide a chance for an extended stay presented itself she jumped at it. That will mean that she would miss December’s Zone VI Games in Zambia, an event where she won three gold medals at the last Games in Swaziland two years ago.

Her training group in Kingston has just been boosted by two of the biggest names in world sport. “Yohan Blake and Usain Bolt have just returned to training,” she told Road to Rio 2016. They were still busy touring and doing everything that was needed for their sponsors. The other big names are Rosemarie Whyte (who was in the final of the 400m at the London Olympics), Warren Weir (who also won a medal, in the men’s 200m), Kemar Bailey-Cole (who was in the heats of the 4x100m relay in London) and Edino Steele (heats 4x400m relay in London).”

The versatile Palframan who turns 19 on on Sunday, admitted to being super-stiff after her first week back in the tough training regime says the focus has been on her 400 efforts.

“Right now we are doing background training so it is mostly to do with speed endurance and a lot of strength work. The coach ( coach Patrick Dawson) has been focusing on me doing a lot of millage for the 400m. Most of the running has been at 60% effort, so it hasn’t been about speed but mostly focusing on technique work.

“We have been doing a lot of jumping and lunges and so on, a lot of abs work and back exercises. We do gym four mornings a week. Wednesday’s training is mainly just exercises and strength work with maybe a few technique runs, the other days change but are focused on building endurance. We will be starting Saturday training this week.”

As far as her first encounter with a Hurricane named Sandy (more than 60 people lost their lives in the Caribbean), Palframan said she got off relatively lightly.

“We were lucky to not be terribly affect by the hurricane. It hit us on Tuesday and we didn’t have electricity till Friday night and the water was switched off for Wednesday and is still coming on and off at the moment.

“We didn’t prepare so well so we didn’t have the best of meals because we couldn’t cook. So we were eating cereal and bread mostly and whatever canned food we had and by the time our electricity came back our meat had gone off. The only other problem we had was some water leaking in through the windows.

“The other athletes that live in the same row of apartments but one floor above us, had parts of their roof blown off and so their apartment was flooded. On the Thursday coach Glen Mills (who coaches Bolt, Blake and Weir) came to make sure we were alright , Kevin Stewart (former athlete and now administrator at the Racers Club) brought us a box of bottled waters and Cynthia Cooke (Racers Club secretary) took us to get some proper food.

“The roads were still rushing with water. We took a drive around and trees had fallen down, some roofs were blown off, signs had fallen down and there was road damage. There has been one part of the road they’ve been trying to fix for a month but as soon as they fix it, it rains. We obviously didn’t train for most of the week.

“At the moment most of my days consist of going to gym at 9am (gym is between 45mins to an hour), then coming back to the apartment, eating and resting till training at 3.30 until 6pm sometimes later, sometimes earlier.”

Away from training and Palframan has also been embracing the island lifestyle. “My first weekend here I went to a church camp in Manchester, it was nice to see a different part of Jamaica and I got to try some proper Jamaican meals.

“Then this last Sunday I went to a picnic in St. Catherine’s which wasn’t much of a picnic but more a get together of old students of Camperdown High School. It was also my first time tasting breadfruit. Oh, and I’m also attempting to teach my roommate [Deandre] how to swim.”

That’s also something she’s well equipped to do as well, having provincial colours for swimming. 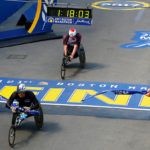 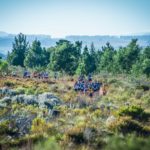