South Africa’s judokas are just as good or better than their counterparts in the USA, says 2014 Commonwealth Games competitor DJ le Grange.

Having said that though, at the last three Olympic Games, the Americans medalled while there wasn’t much to get excited about from a South African perspective.

After training and competing in the United States for a few months Le Grange, who is considered to be one of South Africa’s top judokas, said he now realises the reason for the American success.

‘As far as physical conditioning and technical skills are concerned they are no better than us. It is all about self-confidence. I know many would disagree, arguing that the Americans will always have an advantage because of better funding. The reality is that their funding compared to other sports in the USA is quite insignificant.

‘The big difference between the Americans and us are that they believe they are the best. Sometimes their self-belief borders on arrogance. I guess it stems from them being proud citizens of one of the world’s biggest countries.

‘From a personal perspective I can say in the past there were times when I competed internationally and totally psyched myself out. While walking in the tunnel to the judo mat my heartbeat would start to accelerate and self-doubt would start to creep in. By the time the fight was due to start, I would have convinced myself that my opponent is the better judoka.

‘That’s not the way to win any fight,’ said the Tuks judoka who finished second in his weight category at the New York State Championships.

Le Grange is confident the turning point in his judo career was last year when he won a gold medal at the African Open Tournament in Yaounde, Cameroon. ‘It was the first time that I competed believing that I’m good enough to win. Our coach, Nikola Filipov, should take credit for that.’

The Tuks judoka will be competing over the weekend at the South African Trials Tournament in Port Elizabeth. ‘It’s quite a vital tournament if you want to qualify for the South Africa judo squad. If you are not on the team, you cannot compete internationally.

‘My main two focuses this year are to medal at the African Championships in April. If I do so, I will qualify for the World Championships which is important. I need to compete against the best to prepare for the 2020 Olympic Games in Tokyo.’

After the SA Trials Tournament Le Grange and two more Tuks judokas, Michaela Whitebooi and Unelle Snyman will leave to train in Japan. 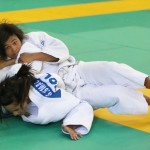 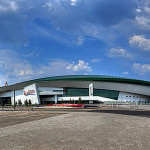 SA judo duo take on the world in Kazakhstan

Tokyo looms, again, We don’t know for sure in what shape of form the Olympics and Paralympics will take place in July to September and if anything 2020 taught us to take nothing for granted. What we do know is that if Tokyo 2020 +1 does go ahead, it will do so against a new-found back drop where simply taking… END_OF_DOCUMENT_TOKEN_TO_BE_REPLACED